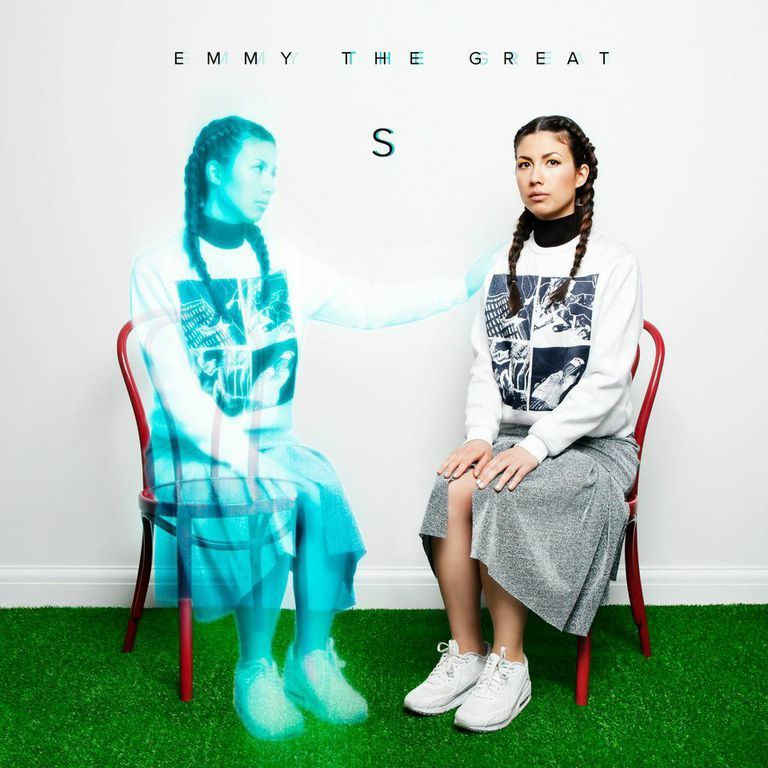 This is the richest, most musically complex she has ever been.»

Emmy The Great returns with a new 4 track EP 'S' released on Bella Union in January. Where previous recordings have been introspective, reflecting the deepest concerns and confines of Emmy's own mind, 'S' EP looks outwards. Written in cities - Salt Lake City, Tokyo, Hong Kong, LA, New York and London - during an itinerant period in Emmy's life, the songs track the resulting personal changes and invite us to explore the rapidly advancing world around us. "My previous recordings were a reflection of my internal world, but this is a record of me trying to engage with the outside. Over the course of travelling and touring for the last two years I inhabited many cities and landscapes. While I wrote this EP and the album that will follow, everything changed. As I wrote the songs I began to reflect more and more the world that I saw around me, incredibly bright, technologically breathtaking. I am curious about being a person in this world, and I tried to write that into the music." Emmy explains. An impressive cohort of talent signed up to assist Emmy's latest creation. Wild Beasts' Tom Fleming joins Emmy for lead single 'Swimming Pool', a haunting siren-song that submerges us in an affluent montage, replete with rippling keys and dream laden bass. The sweet musings of 'Social Halo' question our role in an increasingly self-aware world, the resulting social anxiety and the fleeting moments of reality that revive us from its ever quickening pace. 'Solar Panels' builds to a crescendo of synthesisers as Emmy reflects on what it is that keeps us going before 'Somerset (I Can't Get Over)' seeks a lover's attention - "Come outside," she sings. "Let's talk about something that's real, like, please don't get over me." Recording was split between LA, with Ludwig Gorranssen (Haim, Childish Gambino), and London, with Dave McCracken (Oh Land, Beyonce). MIA's MD Neil Comber mixed the final results.
description from www.roughtrade.com