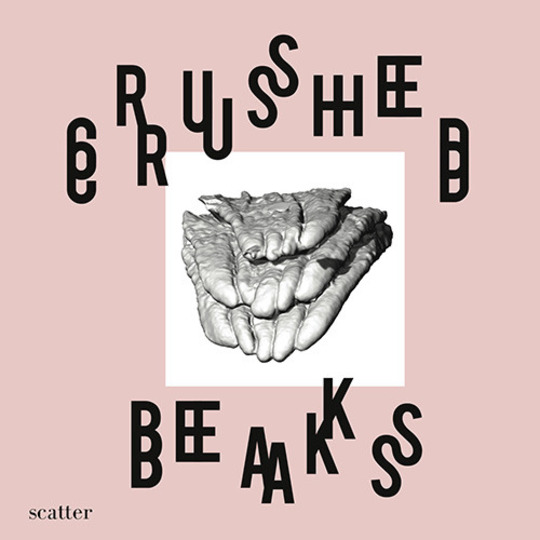 They used to be a two piece, and it shows. Crushed Beaks play with intensity and vitality, forming the reverb-drenched gauze of sound of people who need to make a lot out of little. The recent addition of a bassist has allowed them to fill and round their noise, but they haven’t fully inhabited the potential of their new line up. The songs on Scatter have a rich and warm tone which blends garage and shoegaze, but their lack of definition in songwriting ultimately leaves the collection lacking.

There are a couple of standouts in the form of singles ‘Overgrown’ and ‘Rising Sun’. The former manages to shift and shimmy its way through an evolving texture; leading its catchy melody through clearly defined sections to the song. The latter just goes for broke. Beginning from a clean fingerpicked melody, before attacking a bratty sing-song refrain, it pushes harder and harder against its own grain as the song blasts on. Both of these approaches find Crushed Beaks working at their best: committing fully either to melody or to noise.

Far too often, they commit to neither in particular. It’s like they can’t decide whether to be zippy garage stompers or hypnotic shoegaze psychedelics, and they don’t do well in trying to be both at once. The unhappy result is to create something a little featureless.

Songs like ‘Feelers’ start with an invigorating swirl of crunching guitars, but almost all of them level out pretty quickly – failing to move beyond the sonic parameters which they set themselves in the opening seconds. The vocal lines soar across the sound (and admirably so, for someone who sounds so warmly reminiscent of early Albarn) but rarely do the songs develop well defined melodies or deliver sharpened hooks. It’s an album which could do with more detail. When the songs try to expand into repetitive haze like at the climax of closer ‘Litmus’, there’s not enough in the arrangements to warrant the effort – all we really get is a succession of more thunderous drum rolls. It doesn’t have the mesmeric effect of some of their clear influences.

Taken as a whole, it’s not noisy enough to impress through sheer force. Nor is it melodic enough to distract from the songs’ primary mechanics of pounding drums and crunching guitars. On the moments that they commit to one priority over the other, Crushed Beaks show an energetic flair which most likely translates to a blistering live sound. But when they try to split the difference, the results are middling on Scatter.