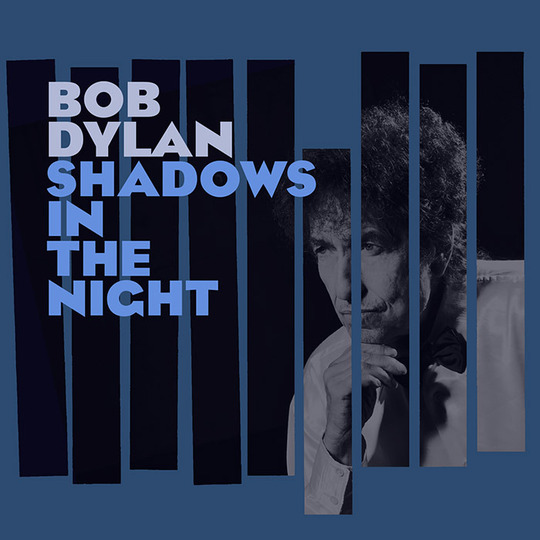 A side effect of the sort of mistrust in which ‘umble web reviewers are held these days is that I couldn’t listen to Shadows in the Night until after print outlets had published their reviews, meaning I write this in the knowledge that it has now officially been decreed that Bob Dylan has Done It Again. Even when he’s not breaking out those famous words of his and instead covering a bunch of old Frank Sinatra standards, he is still a legit genius etcetera – in fact, since I’ve been writing this, a special press email has been sent out to stress just how brilliant the reviews were, which is a fairly unusual move, but then this is Bob Dylan – Bob Dylan!!! – we’re talking about.

It’s interesting to contrast with the reception of his last cover sets. The semi-infamous Christmas in the Heart, from 2009, is probably a bit of a red herring: released just six months after the ecstatically-received Together Through Life, Christmas… was such a patently superfluous work that even rabid Dylanologists struggled not to laugh. But it is instructive, at least, of the fact that even in his ongoing post-'97 purple patch it is still possible for him to make music that's not treated with hysterical reverence.

By contrast, Good As I Been To You (1992) and World Gone Wrong (1993) were ‘serious’ records of trad folk music – exactly what Dylan made his name with. They were not laughed out of the building, but weren't exactly celebrated either: met with politeness but treated as strictly minor works.

What has changed since then? Certainly it’s worth remembering that with grunge, rave and gangsta rap in the ascendant, 1992/3 were probably about the worst years in human history to put out two albums of brass tacks folk standards. Dylan is hipper in 2015, and less adrift from the zeitgeist. And the idea of Sinatra covers – that is to say, ballads made famous by Sinatra – is genuinely intriguing: less silly than Christmas songs, less obvious than folk music.

Is the ecstatic reception a simple case of the music being better? I dunno. I think maybe Shadows in the Night is one of those records where it’s probably about as good as you believe it to be, and at the moment belief in Dylan is at an all time high. It is unquestionably a very successful record: the production and instrumentation are beautiful, scaling down and reworking these expansive tunes, shearing off the showbiz razzle dazzle yet fiercely protective of their battered spirits – the fairytale strings and choral backing of the Sinatra version of ‘I’m a Fool to Want You’, replaced by thick, sparse sepia cello; the rich orchestration on 'Some Enchanted Evening' traded for a beautifully rueful pedal steel. And as has been widely noted, Dylan’s vocals are surprisingly pleasant and nuanced, a smoky croon that you probably wouldn’t place as his save for the odd nasal stab at holding a note. These are not songs to be battered and teased by his gurgling tones, and the singer knows that. There’s a real intelligence at work: these were never songs for the young, and 73-year-old Dylan really thinks about what he’s doing with his voice.

It is master crafted, artisan wrought stuff. But ultimately I’m struggling a little with the point of it. It purrs and sighs like a dream, throbs like a vintage Bentley, gleams like an exquisitely restored piece of antique furniture. And like expensive furniture and old cars, I think – who is this for? Is it just a tasteful rich person thing? Good Dylan has always been about vitality and subversion… Shadows in the Night is an extremely well-made covers album that feels divorced from Dylan’s day-job.

And yet, it can’t help but be informed by it. Dylan has been appropriately humble in comparisons between himself and Sinatra. But really, rightly so – Ol’ Blue Eyes has never been my bag, but it only takes about ten seconds of listening to any his recordings to realise he owns these songs in a way Dylan simply can’t. Maybe we just know cynical old Bob too well, but where Frank lived these songs, Dylan merely acts them, albeit with tremendous skill. Clearly there are those who’d differ with me, but I can’t help but wonder if they’re praising this album’s accomplishment rather than its brilliance. Sorry Bob, but as a great man once said: I don’t believe you.