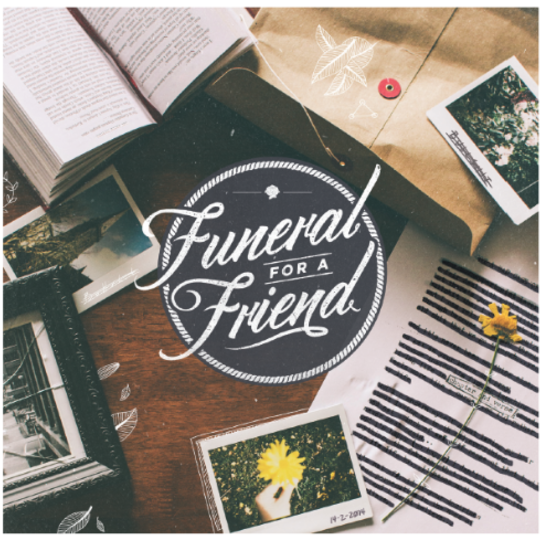 It's been a little over 11 years since Casually Dressed and Deep in Conversation. Funeral for a Friend have spent a lot of their career trying to shake off their era-defining debut album, which puts a good 90 percent of the UK hardcore scene to shame even today, and for a while the jury was out on whether they'd ever manage it. Welcome Home Armageddon proved that they still had plenty more to offer after their major-label years and the eclecticism of Memory and Humanity, before 2013's Conduit saw them come roaring back into the spotlight with a concentrated burst of energy and passion. Having undergone a renaissance, they've been riding the crest of a wave since then, and Chapter & Verse proves that it was no fluke; if anything, it's even better.

Cut from similar cloth to its predecessor, the album opens at a dramatic pitch with 'Stand By Me for the Millionth Time', Matthew Davies-Kreye's full-throated vocals immediately setting the bar, preparing the listener for 35 minutes of (mostly) punchy, aggressive and melodic hardcore (the exception being acoustic track 'Brother', which stands out for the right reasons). The record's driven by a clear political bent, too, but while the lyrics are a bold departure from their earlier work, they are nonetheless delivered with the sort of conviction you'd expect from a band at the top of their game, mercifully avoiding the sort of ham-fisted delivery that bands of this ilk can sometimes favour. Religion ('You've Got a Bad Case of the Religions'), gender politics ('You Should Be Ashamed of Yourself') and 'Modern Excuse of a Man' (gender inequality) are as hard-hitting as their titles suggest, with the band choosing to approach their various topics from universal as well as personal angles.

It's hardly a concept record, but there are parallels that can be drawn between several tracks, which is why a song about the drudgery of the 9-to-5 ('Pencil Pusher') can be seen as a counterpart to the likes of '1%' and 'Inequality'. This shift to more topical lyrical fare suits the band; much like their music, they waste little time getting to the point. 'After All These Years... Like a Lightbulb Going Off in My Head' addresses these new concerns in a typically succinct manner: "There's so many things I've been meaning to say." There's no question about it: something has been awoken deep within this band. They've always been fans of the 'keep moving forward' philosophy, but in the last two years in particular, they've made the sort of strides that would take many bands much longer.

It's impossible to deny that the scene that FFAF belong to has changed drastically in the years since they made their mark on it, and so have they, but if Conduit was the warm-up for their come back, then Chapter & Verse sees them break into a full sprint.