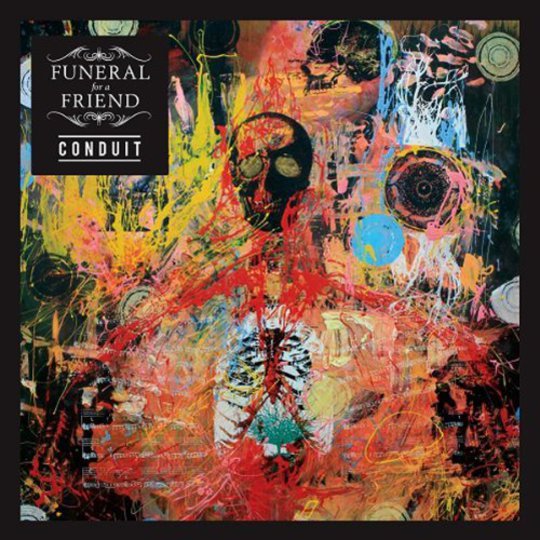 Funeral For A Friend are fully aware of their own legacy. They've laboured under it ever since the release of their début, an album that would simultaneously make, define and haunt them. If you're looking for someone to blame for the past ten years of British, floppy fringed post-hardcore then here's your scapegoat. But decrying the legions of imitators Casually Dressed and Deep in Conversation helped spawn is easy; decrying CDADIC itself isn't. It's a masterpiece; original, interesting, varied, melodic, passionate, perfectly sequenced, wonderfully paced, and charged with emotion. It truly did define a generation, and for many it was a first love they could never get over.

Since then FFAF have released a further four full lengths. Immediate follow up Hours was a sort of CDADIC-lite that eschewed harsh vocals, featured shorter and simpler songs and some surprisingly effective ballads. The disastrous Tales Don't Tell Themselves, from 2007, was a regrettable foray into polished stadium rock and string-laden melodrama. Decried by critics and rejected by fans, it has since seemingly been given the cold-shoulder by the band themselves; barely a song from it has made their live set since its release. The following year brought Memory and Humanity, an album of opposites, composed of total duds, and some of the finest songs they'd ever written. In 2011, Welcome Home Armageddon was certainly more consistent, but much of it lacked the fluid dynamism, swelling bridges and soaring choruses of their best work.

But none of their previous full lengths serve as an accurate reference point for Conduit. For that, one must revisit their 2010 PledgeMusic EP, The Young And Defenceless. Energetic, youthful, intense, relentless, it was FFAF at their punkiest. Conduit takes that mood and amplifies it. There are no ballads here, no melodic grooves, little breathing room. First single 'Best Friends and Hospital Beds' is a clear statement of intent and suitably representative of the album as a whole; a driving rhythm section, an infectious hook and some truly impassioned vocals from Matthew Davies-Kreyes. Here, on Conduit, he puts in the performance of his career, his distinct vocals rich and full.

'Spine' opens the record brilliantly, 'The Distance' is a pop-punk gem, 'Nails' is a real atmospheric moment and the title track and 'Grey' are straight up metallic hardcore. Conduit is short, vicious, angry and their most singular album to date but this lean and stripped down approach isn't a total success. Much of FFAF's best work is fluid, almost spacey, with hints of Deftones and Hum creeping in. This new found love of raging punk tempos and sub three minute song lengths can begin to feel repetitive. The absence of slower, mid-tempo brooders such as 'Novella' or 'Hospitality' becomes obvious over the course of the record.

Perhaps the most important thing about Conduit is that for the first time FFAF sound free of their weighty legacy. They're not reacting against, nor trying to recapture the magic of that distant début. No doubt this is largely because only two members remain who actually wrote and performed on it. But it feels like it's finally been allowed to fade, to lay still and silent, to rest and take its place in the pantheon of great rock albums. Conduit won't be joining it there, but the band that made it sound fresh, re-vitalised and far from spent.