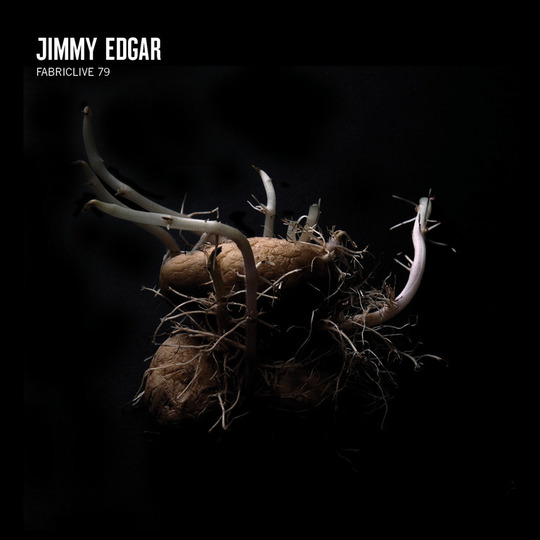 The Fabric club and associated compilations have gained and maintained a strong international following over the years, helping to place London firmly on the global dance music map. The Fabriclive series specifically showcase a more leftfield side to proceedings, regularly taking in a range of music that goes over and above the usual quality house and techno associated with its core appeal.

Beginning in 2001 the series commenced with downtempo aficionado James Lavelle and over the years has notched up offerings from other DJ greats that spans broken beats to indie, with DJs such as John Peel, Goldie and Boyz Noize having a go. So it is with privilege that the multitalented, film maker, fashion and graphic designer Jimmy Edgar gets to join this list. And certainly he has earned his dance music stripes: starting out as an independent artist in 1998, being discovered by Warp in 2003 and releasing his ear-grabbing debut Color Strip circa 2006. This really placed Edgar on the map and painted a futuristic R&B electrofunk style of music that was not only blessed with some of the best glitch sounds layered with laidback automaton influenced vocals and sleazy but sharp lyrics. Just as electrosexual single 'I Wanna Be your STD' was released in 2008, Edgar parted with Warp. This was a sign that Edgar was taking a different turn with a more of instrumental focus and collaborative approach to his outputtings that had led him to team up with the likes of Machinedrum and Emika.

Bringing us to today, Edgar is at now a different place from where he was musically ten years ago, even five years ago. With the Fabriclive mix he has been able to show off his new label Ultramjic and his new slick(er) production values that resonate a commitment to emphasising his techno-clad side. There's less of the R&B and Prince aspect to his work, a purer form of his computerised musical creations that provide a strong suggestion of his Detroit techno heritage. On this mix, own label tracks are seamlessly blended together alongside Terence Dixon and Patrice Scott, mainly maintains a smooth delivery of almost two hours' worth of proper banging Eighties electro-tinged techno. Towards the final quarter of the mix there are a few more vocal based tracks and a slight deviation from the techno mainstay with the penultimate track taking a turn for the garage with his own ‘Atlantiz’. And so just when it all gets a bit more inspired it seems to finish too soon. Traditionally Fabriclive mixes have provided snapshots of DJs' dancefloor lives, but mostly throughout this one the bass stays with a solid thump and the machines keep whirling leaving the album in record label showcase territory. It's a tease.