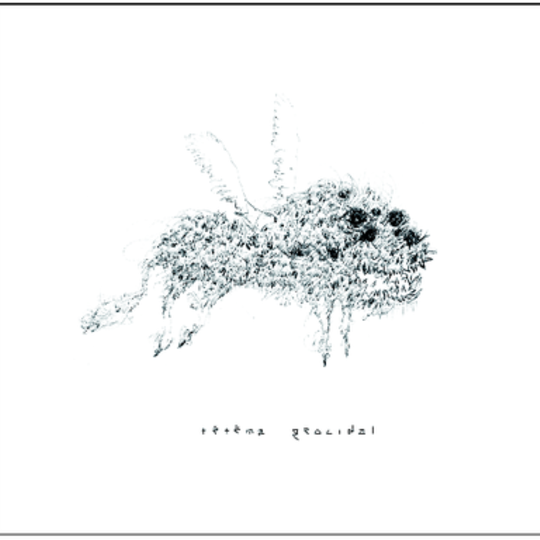 It's difficult to know where to start with a record like this. Mere words cannot quite adequately prepare a curious listener for a foray into the world inhabited by tētēma. It sounds nothing like one could reasonably expect a collaboration between a celebrated Australian pianist (Anthony Pateras) and Mike Patton (frontman of Faith No More et al) to sound like. While some may find themselves instantly intrigued by an album that grew out of Pateras 'locking himself in a French ex-convent for ten days to think about rhythm and sound', and was pieced together over the following two years with each element recorded in a different city, the key to approaching - and understanding - this fascinating album is an open mind. Leave any and all expectations at the door, as chances are that they'll be blown to smithereens by 'Invocation of the Swarm'. With its rapid-fire rhythms, droning didgeridoo and atmospheric vocal contributions, the opener will immediately separate the wheat from the chaff.

Indeed, if you're still up for the challenge after the searing intensity of 'Pure War', every bit as unhinged and barbaric as its title suggests, you'll have made it further than most. What awaits you thereafter is still not for the faint of heart, but nonetheless filled to the brim with musical intrigue. 'Irundi' is noticeably calmer than what's come before, but restless in its own way, busy rhythms complementing the many changes of metre and dynamics that the track treats us to. There's something unsettling and otherworldly about much of the record, its music assembled in so many varying locations that it gives the impression of occupying a world much different than our own. 'Ten Years Tricked' sounds fragile, barely held together by a throbbing, rhythmic pulse as other instruments come and go as they please; yearning vocals here, a piano motif there... Even the entry of a trumpet around the five-minute mark cannot distract from the feeling that the track could fall apart at any second. This frailty ensures that silence is regarded with as much importance as sound, the listener held transfixed until the track finally fades away.

Geocidal is undeniably an ambitious record, brave enough to make something like '3-2-1 Civilisation' sound straightforward, at least in a relative sense (it's in 7/8 time). There's a wonderful contrast between Patton's gruff, barked vocals and the calm, pizzicato strings that underpin the track - a detail that's easy to overlook, but one that signifies how wise he and Pateras were to micromanage their project. Even when things get particularly dense, as they do on 'Tenz', nothing is lost. That track's 'hook' line (again, speaking in relative terms, as quite a few tracks forego even a recognisable structure) even provides us with a summation of tētēma's ethos: "Even when immobile, we are in motion." The minds behind this project have been driven by a desire to create and innovate thus far in their respective careers, and Geocidal is a fascinating listen purely for the fact that it acknowledges no boundaries: musical, geographical or otherwise. You may not love it; you may not even like it; but you'll pay rapt attention regardless. What it lacks in immediacy, the duo's debut album makes up for in sheer spirit.