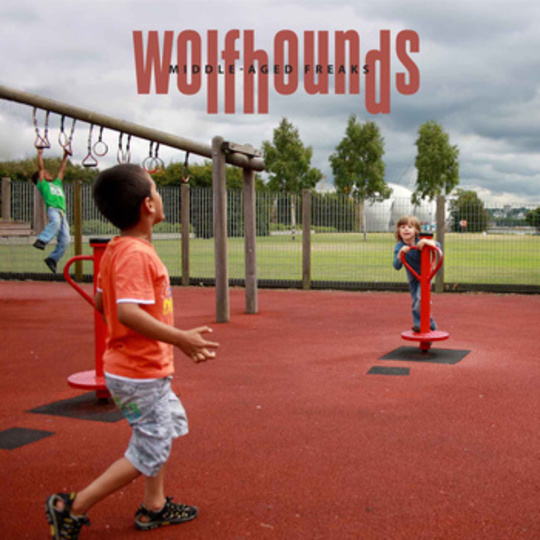 Considering the C86 compilation was based on an ethos of underachievement, the fortunes of its alumni have differed enormously. Where Primal Scream achieved worldwide success and made several era defining records, and The Wedding Present, Half Man Half Biscuit and The Pastels cemented themselves a place in indie rock’s canon as some of its finest cult heroes, there are some of this ramshackle, accidental quasi-scene whose fame stretched little further than simply being featured on the legendary NME tape: these are bands who strayed no further into the mainstream after ’86, whether they intended to or not.

The Wolfhounds fit firmly into this category. They weren't around for what indie music would subsequently become: the C86 sound would fade out and back in again over the next 25 or so years, kept alive by the ongoing DIY mentality that gave birth to it. If The Wolfhounds had made this, their fifth studio record, during the Nineties, then few would have taken notice; the Britpop penchant for enormous, anthemic tunes that prevailed at the time would have swallowed up and spat out Middle Aged Freaks’ wit and self-deprecation. Now, the tracks sound dynamic and joyous: they break no barriers, for they erected none to break, but they sound like an indie band doing what indie bands did in the Eighties: playing guitars in a room with their mates, without any lofty artistic aspirations.

Because not all records need atmospheric instrumental passages. Where Middle Aged Freaks finds its ample charms is in its abundance of short, sharp tunes. The band still have a sense of anger, exemplified by the vocals’ snarl and the guitars’ bite, but these are largely concealed beneath the sense of a band who are happy to be making a record and don’t necessarily mind who hears it aside from the people who are aware of its release.

Opening with the vaulting garage rock of ‘Skullface’, the band soar through the record with abandon; tracks such as ‘Cheer Up’ and ‘Middle Aged Freaks’ matching buoyancy with cynicism. The latter’s chorus of “Cheer up, fucking cheer up! ” is not so much of a suggestion as it is an exasperated order, the sort that one would expect from a band who have done the proverbial rounds over the years and essentially know what is important in life, reinforced in turn by the former’s knowing admittance of their own age and attitudes towards life. Lowering the tempo somewhat is the similarly reflective ‘Slide’, where singer David Callahan's admission of having “far too many accidents, some of them were kids” bringing about a darker side to the record- reinforced again by the subsequent stop-start post-punk of ‘Tunnel’.

While in many respects little more than a lesson into the origins of a genre, The Wolfhounds show here how the originals are often the best, something in turn proven by the spat of Eighties indie and post-punk reunions we are seeing at the moment. This band, however, don’t have a classic album to tour and set an excellent example of how to write new material. Whilst being fully aware of their origins, The Wolfhounds are fully aware of their age.