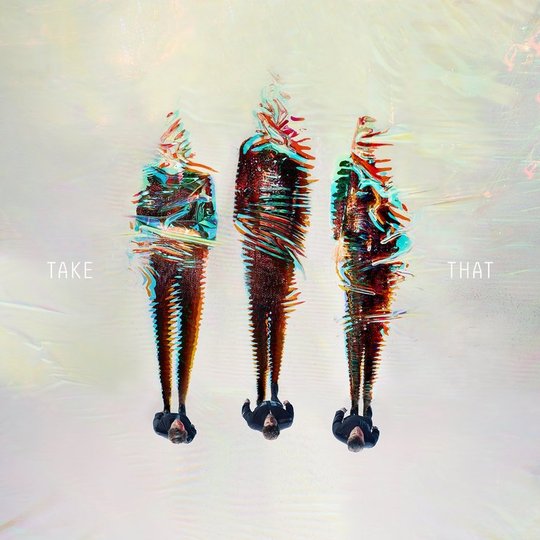 You probably thought the most important member of Take That was Gary Barlow. You’re wrong: it was Jason Orange. All of Take That’s Orange-featuring albums have been great, while all of Barlow’s Orange-free solo records have been rubbish. You could chalk that up to coincidence, but consider this: Jason left Take That earlier this year and they immediately made III, by quite some distance the worst thing they’ve ever done. Despite rarely having his name written on a schoolgirl’s pencil case, it looks like Orange was the key ingredient all along, the only member of Take That to never make a bad album.

It’s not that III, confusingly the seventh album by the tax-a-phobic pop behemoths, is necessarily that bad for what it is: in the pantheon of 2014’s straight-pop releases it holds its own against the likes of One Direction’s Four (though the younger band may claim theirs is 'one better' by definition), and Barlow can write nagging melodies in his sleep. Take That’s standards are pretty high though – their 2005 comeback was exceptionally well managed, forgoing their pink-pound, baby-oil-smeared teenybop Nineties image for something much more grown up, releasing two albums of competently crafted FM indie-lite while wearing smart suits and riding mechanical elephants. They nailed the Radio 2 audience and everyone agreed they were nice young men. Then they brought Robbie Williams back for the Progress album and out of nowhere made a record of sophisticated, modern and actually slightly barmy electronic pop: it was a genuinely impressive achievement that no-one really saw coming. III sees yet another reinvention for the man-band: slick, four-to-the-floor, hands-in-the-air europop, and if that sounds like an uncomfortable fit for a bunch of mum-friendly 40 somethings… you’d be right.

The worst offence here is that, across the board, across every single song, III is massively irritating. It’s all bouncy house beats and “woah-oh-oh-oh”s alongside relentlessly cheerful, glib references to how ”if you want it, you can have it”, how you should ”let in the sun” (accompanied by housey piano chords and the vague sense they want you to bounce and blow a whistle) and how Barlow apparently feels “like a lion that couldn’t be tamed.” It’s all so happy-clappy, leaving you grasping for some of the weirdness and wonkiness of the Progress years. Possibly it’s a reaction to the current pop paradigm, the self-empowered, life-loving 1Ds and Taylor Swifts: the appearance of Swift producers Mattman & Robin on 'Higher Than Higher' seems an unashamed stab at chart magic, and though it does a serviceable job as a pop song, the desperation for relevancy in its stuttered samples and deconstructed production is painfully transparent.

The trio work best when they’re not trying so hard to stay current: The Mark Owen-led ‘Lovelife’ has something of the Pet Shop Boys behind its high-NRG front, while the thrumming cellos, falsetto and “ba-da-da-da-da-da”s of ‘Portrait,’ though nicked wholesale from Coldplay (’Viva La Vida’ has long been the template for earnest chart pop) are quite compelling, probably because they’re a respite from the faux-synthy euro stuff. ‘Freeze’ is a fairly textbook Gary Barlow chamber piece, but its chimey chorus and confidence to be comfortable in its Take Thatty-ness make it one of the more likeable moments here.

Take That know this is going to be a massive seller- no-one bothers to release their new album this close to Christmas without some confidence that it’s going to end up beneath a goodly percentage of the nation’s trees. They didn’t even bother to send it out for review to anyone until the day it hit the shops, which suggests that either they consider reviews unnecessary to shift units, or maybe that someone knows they’ve not done their finest work and is worried fans might catch on and cancel their pre-orders. It doesn’t really matter either way, because this will sell a shed load and next year they’ll still sell out Wembley just the same. That doesn't change the fact that whatever spark or chemistry they previously possessed (I'm still convinced Jason Orange was somehow the key) is not in evidence here. This is a largely irritating and fairly hollow unit shifter, that despite its upbeat nature feels like a cynical move to market. In one sense, the band have helped save time for us reviewers unable to access III in advance- the title handily doubles as the score out of ten.