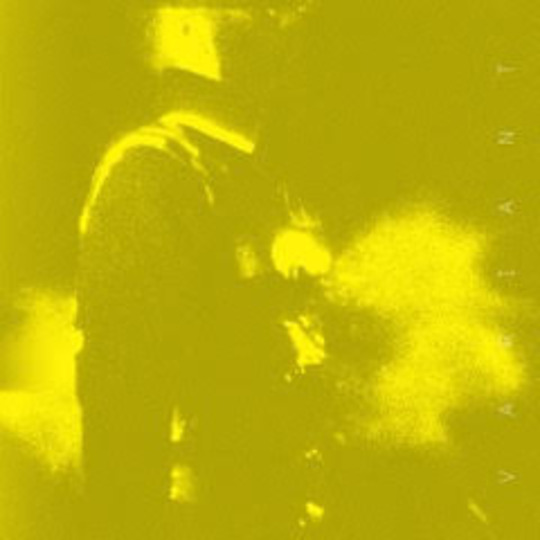 In his review of Ben Frost’s A U R O R A earlier this year, DiS's Philip Bloomfield described it the record as the ‘cathartic eruption’ to his earlier work’s ‘menacing threat of violence’. The possibility of a decent series of remixes coming from A U R O R A, then, seemed narrow at best. How could you rework such dominating original material without it trampling all over the results?

When V A R I A N T was announced in October, there was further hint of an overstep in the inclusion of artists so rigidly devoted to genres like trap (hip-hop producer and Kanye-collaborator Evian Christ) and techno (Raster-Noton juggernaut Kangding Ray, Downwards label boss Regis) alongside dosed-up Australians HTRK and Gang Gang Dance’s Timothy DeWit under the Dutch E Germ guise. But the fact the finished product begins with three very different deconstructions of A U R O R A’s huge centrepiece ‘Venter’ – not to mention that the first of those is by an artist as downright green as Evian Christ – is telling. V A R I A N T might be imperfect, but it’s also charismatic and cocky, and backs that up with efficient use of its source material.

The EP’s opening gambit is courtesy of Merseysider and (relative) new kid on the block Josh Leary, and though not as purely creative as his own productions (this ain't no ‘Salt Carousel’), it does set out the template for the majority of the remixes here. By moulding elements of ‘Venter’ to fit within the boundaries of his genre (posturing, laser-esque sounds, synthetic drum beats) Leary channels its energy rather than fighting it. He takes ‘Venter’ so far off piste that when the beat reaches fever pitch around two minutes, it feels more of a parody or caricature than an actual remix.

Although never quite as blunt as Christ, the other producers here have also carved their identities onto Frost’s uncooperative tunes. HTRK barely leave ‘Venter’s vital organs intact (resulting in a track that could almost have squelched its way onto the latest Plastikman album, if you didn’t listen that closely) but still manage to showcase their propensity for using silence to create mood. Whilst Regis’ self medicating edit of ‘Nolan’ takes the hardline techno template and uses it to turn ‘Nolan’ into even more of a steamroller, breaking down at four minutes into a deep, loping beat.

In the same way that ‘Venter’ was the core of A U R O R A, Kangding Ray’s remix of ‘No Sorrowing’ – which, tellingly, is the only tune here to outrun its original counterpart – is the keystone of V A R I A N T, the French Berliner injecting one of A U R O R A’s most formless, ambient tracks, with characteristic velocity. It's intelligent and physical, whooshing past like a vehicle on a grey, dystopian motorway – the sort of track that feels a whole lot shorter than it actually is.

Within the context of their respective original tunes, probably the most ambitious remix here is the Dutch E Germ rendition of ‘Venter’, if only because it sounds like it could sit on a slightly a more anarchic version of A U R O R A. However, DeWit hews a little too close to the original tune’s sentiment. This wouldn’t necessarily be a problem elsewhere, but V A R I A N T’s greatest strength is its palpable character, and his remix struggles to properly distinguish itself on an EP that is filled to the brim with varied and often unexpected takes on Frost’s music.