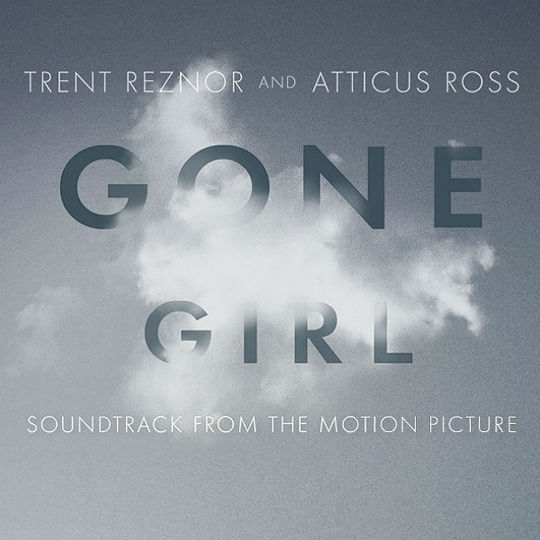 'The goal is making the best thing we can make'. A laudable mission statement from Nine Inch Nails frontman Trent Reznor, speaking to Rolling Stone about his high ambitions for his third soundtrack with Atticus Ross for David Fincher (after The Social Network and The Girl with the Dragon Tattoo).

Gone Girl, which Reznor accurately described as being 'surprisingly nasty', is one of the most provocative and thoroughly discussed films of the year. A commentary – that jarringly turns into parody – on the state of marriage and the media in the twenty-first century, it’s also a bloody great thriller.

That hasn't caused the duo to change their ways, mind: the soundtrack is exceptionally dour. Relentlessly so, in fact. But just because this soundtrack is so morose, so cold and so haunting, it doesn’t mean that it isn’t beautiful.

Reznor and Ross’ ambient electronic soundtrack can be both startlingly reserved (on ‘What Have We Done To Each Other?’) and utterly devastating (on ‘Consummation’). ‘Consumation’, paired with – SPOILER ALERT – blood gushing out of Barney Stinson’s throat, is an example of a perfect marriage between imagery and music. It’s also a reminder that in a soundtrack album full of restraint and intensity, when Reznor and Ross want to go over the top - they can go over the fucking top.

‘Just Like You’ is a highlight. Starting with a gentle synths and then ending with an isolated piano section, the song’s power is in how it makes you feel utterly alone and miserable. The intense ‘Techinically, Missing’, another standout, starts off with spacious, soothing synths but builds into a pounding, shredding electric guitar section. There’s also the initially cold and sparse ‘Secrets’, which boasts a haunting piano riff alongside staccato industrial blips and electronic reverberating so violent that it could bring your house down. And then there’s the mechanical, mushy ‘The Way He Looks At Me’. This one demands re-listens. The intricacy to it is dazzling: from the buzzing electronic spasms to the tip-tapping beat, all looping over one and another, you could almost dance to it. If Stanley Kubrick’s HAL 9000 could make a song – this would be it. But, more than anything, it makes you feel claustrophobic and vulnerable. And I love that. On the flipside, you’ve got ‘Sugar Storm’, which is beautiful and yet utterly hollow – much like Ben Affleck and Rosamund Pike’s relationship.

Whilst Reznor and Ross used guitars, keyboards and even some custom-made instruments ('little homemade boxes that this company called Folktek made with little mics in them. It's very low-tech'”), the duo also enlisted the help of an orchestra. It all comes together brilliantly, and because there is so much at the pair’s disposal, it once again reiterates their’s mastery of knowing when to restrain themselves, and when to let songs breathe. After all, is there anything more powerful in a cinema than quiet, or silence?

Trent Reznor and Atticus Ross have made a soundtrack that is haunting, mechanical and beautiful. But is this the pair’s best work? Yes it is. There might not be anything quite as stark, soul destroying or distinctive as ‘Hand Covers Bruise’ from The Social Network soundtrack, but what we have here is a far superior all round package. It does clock in at just under an hour and a half, but, ironically, this morose soundtrack is a joy to listen to and well worth your time.