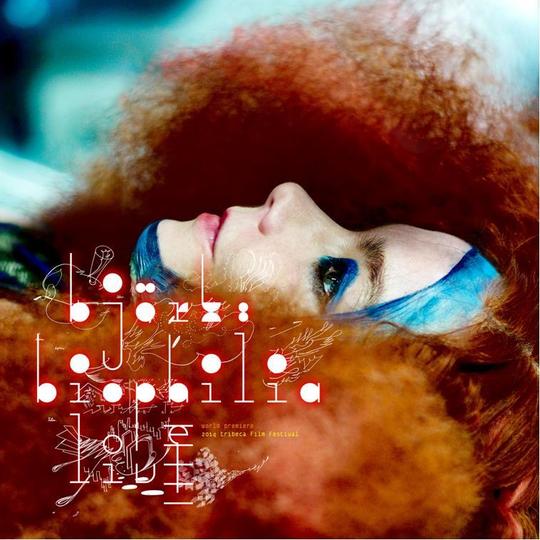 Björk the performer is magnetic, beguiling, always intriguing. Her dedication to the visual medium has seen her music videos enter the stuff of legend. Her innovative streak saw her create the Biophilia app, an interactive experience that now has a permanent place in New York’s Metropolitan Museum of Modern Art. Biophilia the album is intricate, delicate, demanding you pay attention. In light of all of that, the Biophilia Live concert film is, quite honestly, a disappointment.

The primary issue with Biophilia Live is that the intensity of the live experience just doesn’t come across. At all. The concert film, directed by Nick Fenton and Peter Strickland, is a pretty lifeless affair. If you weren’t there, literally none of the live Björk experience seems to translate to the screen. It’s almost like you’re watching a TV studio performance instead of a concert. It’s a feeling not helped by the perfunctory camera shots, most of which seem designed to keep the viewer at a distance from the stage action. There’s some attempts at injecting energy by overlaying stage visuals, which leads to some nice flourishes, but they’re not enough.

The audience are so quiet and respectful throughout the set that you think this must be taking place in a seated, almost orchestral venue, and that the show must have been staged as an operatic piece. When some shots of a virtually static, motionless standing crowd are finally shown towards the end, you wish they were seated. What’s worse, the audience don’t seem to have nearly as much interest in Biophilia’s more involved, ornate songs as they do in the likes of ‘Hidden Place’ (Vespertine) or ‘Possibly Maybe’ (Post). It’s a depressing feeling to watch a live show feeling like the audience isn’t quite along for the ride, so it’s baffling that attention would be drawn so much to this, with shots that make the audience look almost statuesque.

The sound, meanwhile, is so overly polished that it sounds more like a studio recording than a live concert. It’s quite the achievement to make Björk, goddess of the unusual and embracer of human murk, sound as clean and shiny as your average auto-tuned pop star. Yet that’s exactly what the sound mix on this film achieves; it’s so sanitised that it’s a wonder there’s not someone on-stage in a HAZMAT suit spraying anti-bacterial spray directly down Björk’s throat.

To be clear, these are all film production issues. It’s evident that the concert itself has included as much thought and attention as Björk puts into all her projects, from the giant swinging pendulum to the variety of nature-based visuals, plus an all-female choir and all manner of fantastical invented instruments. And Björk’s performance, along with that of her collaborators, is as intense and moving as you would expect from a Björk live performance. The frustration is that none of this comes across in the finished film. Watching it, you wonder where on earth that intricate passion and attention to detail went.

The honest truth is, you’re not buying a concert ticket here. Some concert films can be absolutely great, and really make you feel like you were there. Watching Biophilia Live just feels like looking at a disappointingly poor photocopy of Van Gogh’s 'Starry Night'.

At one point towards the show’s end, Björk remarks that ‘it’s our last show, so we’re all pretty emotional’. It’s just a shame that none of that emotion is felt in this by-the-numbers representation… and the fact that anything Björk has produced can even be referred to as ‘by-the-numbers’. As a document of an event Biophilia Live is okay, but for an artist like Björk, okay simply isn't good enough. One for the true completists only.