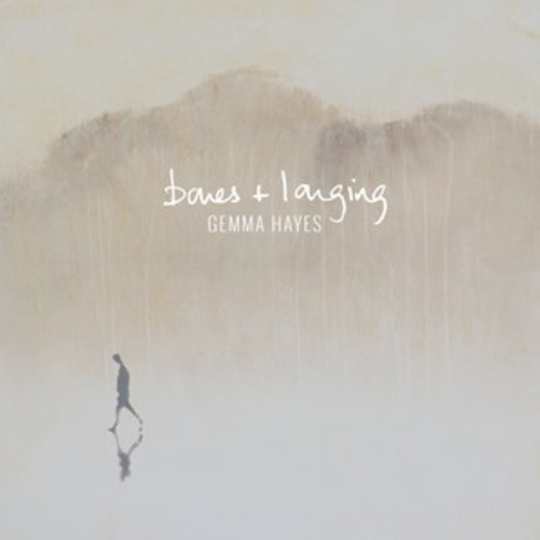 Gemma Hayes fans will do a double take as Bones + Longing whirs into life, and may check the correct file/CD/slab of wax is playing. Opener ‘Laughter’ sounds uncannily familiar... then click - it’s literally ‘There’s Only Love’ from 2011’s Let It Break. Recycling’s always shaky musical ground, especially around this time of the year as the market floods with errant balladry designed to keep Cowell’s pet blue whale in krill. Still, disposable dreck is one thing; it’s a bit odd when a serious singer-songwriter opens a fifth record with a cover of themselves. Maybe the creative flame has puttered out?

Not so: Hayes is making amends. She deftly recasts the original's sub-Snow Patrol slog via thoughtful, considered layering - drifting shoegaze guitars, insistent ride cymbal, flecks of synth and a buried, suggestive vocal wheeling beautifully out of the gorse. Voila; the pedestrian becomes the tantalising, lyrics glimpsed through the autumnal furze. It’s a perfect, and somewhat surprising, opening gambit for a record of brave self-assessment.

‘Laughter’ remains a shade tentative, feet carefully placed among slick leaves, but reinvention’s an aim without an obvious path. It’s the collision that discrepancy provides that ultimately gives the record its impetus as Hayes takes stock. 'Sometimes the magic is deadened by trying to record a perfect version of a song,' she said of the process. 'My aim was to make sure each song had a spark.'

She quickly finds them. ‘Iona’ and ‘Joy’ are shot through with a wintry post-punk thrum, sloping Cure bass lines coiling around frosty guitar, building static and gentle white noise. Divested of the acoustic dazzle that was previously her hallmark her voice hangs brightly, floating on updrafts of guitar like dust motes in sunlight. ‘Chasing’ clatters along on flinty drum machine and creepy synths, and the dreamy, twilit escapism of ‘Palomino’ has a worming melody delivered with a voice like wind-whipped wheat. There’s real thoughtfulness throughout; simple arrangements that nonetheless retain delicious details.

With it, her voice is reaffirmed, beginning with the declarative, head-above-the-parapet confession from ‘Dreamt You Were Fine’: “I’ve got a lot I want to say to you / so sit yourself down in an easy chair.” Written when pregnant with her first child, the record is a meditation on change, rather than just the old permutations of love. Its restless introspection on death, birth and ageing revels in loss. The portentous ‘Dark Moon’ finds a storm approaching and ‘Making My Way’ – where the reintroduced acoustics feel fresh again - draws solace from disaster: “I needed some kind of wreckage”.

The result is a real mood piece: dusky quiet at times, scarily frayed at others, but also safe and welcoming. Its arresting threads frequently coalesce, smart and smarting with exquisite sorrow. The voyeuristic ‘To Be Your Honey’ is probably the highlight. Recorded as if eavesdropping on a confession of asphyxiating romance (”your love is like a tourniquet wrapped so tightly around my chest”) at a room’s remove, the painful content is set against capacious arpeggios and tender strings. It is reinvention realised, pivoting Hayes’ oeuvre as the album does her career as the desperate now gnaws at the saccharine to find a medium of sweet, gentle sadness.

Hayes should be commended for her approach considering her career had slid into the safe - encompassing the sniffy, pejorative sense of the term. The record doesn’t quite dethrone her debut, Mercury-nominated Night On My Side, as her best collection but she’s mined her craft to uncover her most sensitive and compelling arrangements yet.

More than that, her songs shudder with neurotic self-involvement for the first time. Bones + Longing is obviously made achingly and entirely for herself but, paradoxically, that makes it universal. An album of depth and texture, it repays time and attention; many will want to inhabit its hushed privacy. Hayes escaped music in the past, most notably for two years following her debut, but having deconstructed her sound and pushed its envelope, as in the shimmering instrumental closer, let’s hope she continues exploring her dark side.