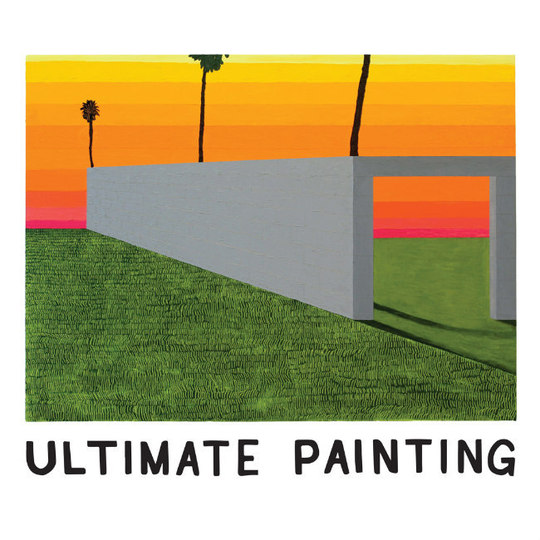 Veronica Falls and Mazes. Mazes and Veronica Falls. For those of us whose knowledge of these two acts extended little further than listening to and enjoying their music, this collaborative record between Jack Cooper and James Hoare, under the moniker Ultimate Painting, will be a surprise – a pleasant one at that. The melding of their two distinctive styles is equally pleasant; so is the entirely analogue production, the good ol’ fashioned DIY split cassette spirit and the album art. Unexpected or not, this is a welcome collaboration.

Recalling post-John Cale Velvets, mid-period Beatles and many other bands of the Sixties era from that period before things turned more in favour of heavy psych and hard rock, Ultimate Painting is a record that not only bears witness to a duo that understand each other extremely well, but one that brings about further realisation in the listener as to how memorable each of the members are within their own acts.

You can hear Jack Cooper’s fizzy guitar lines and playful vocals and instantly recognise them as the prime mover of Mazes’ krautrock-indebted psychedelics; likewise James Hoare’s hypnotised, low voice and introspective lyrics work as well here as they do as in the infectious goth-C86 of Veronica Falls. Together the band work wonders: Ultimate Painting is a seamless collaborative effort that, while by no means groundbreaking, is a notable success.

There is a feeling of comfort within Cooper and Hoare’s interplay that is at the root of this LP. The guitars meld into a cohesive whole. The vocals, while nasal and high with one member and low and introverted with the next, find their place next to each other; complimenting and accentuating each dissimilar aspect. Dark lyrical themes (depression, obsessive compulsive disorder) are touched upon and explored in tracks such as ‘Winter Your Heart’ and ‘Ten Street’, but there is a curious duality within the tracks as the bouncy guitar work pulls the lyrics into more optimistic territory, whilst clouding itself over in the process.

This subtle tendency towards light and shade throughout Ultimate Painting is indicative of the two parent bands’ contradictory styles. ‘She’s A Bomb’, for example, is heavy with hazy guitar and low vocals until it is swiftly elevated by Cooper’s part, whilst ‘Talkin’ Central Park Blues’ is typical of its name, a jaunty Dylanesque track which is subtly darkened by backing vocals by Hoare.

However, it is not all eerie contradictions and subtle flecks of darkness, and what really comes across on this record is the enjoyment that the band had making it, not to mention how well they did so, and therein lies its success. The opening track exemplifies this wonderfully: lilting, hazy and awash with understated guitar fills, ‘Ultimate Painting’ on Ultimate Painting by Ultimate Painting sets the precedent for a record that doesn’t look back once. This is not a wild departure from either of the duo’s bands, but it is a pleasingly fruitful one.