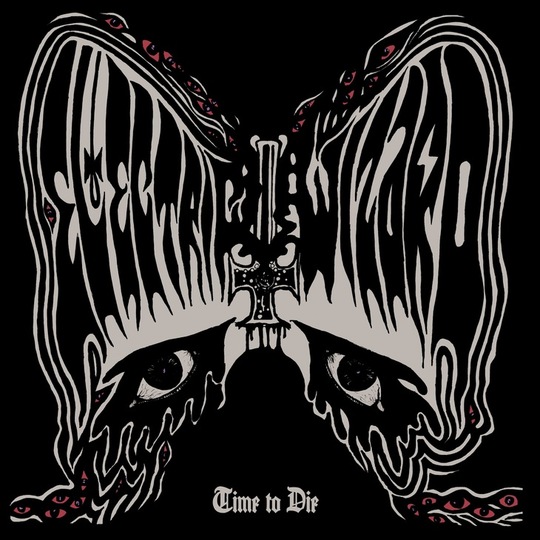 Here’s the deal: Electric Wizard are one of the heaviest, nastiest doom metal bands of all time. If you’ve ever listened to an Electric Wizard album before you’ll know what you’re getting yourself in for. The songs are slow and built around crushingly heavy repeated riffs with lengthy jams. The vocals are distorted often to the point of incomprehensibility. Death and Satan are common themes in the songs and many feature samples from classic horror films, a classic Electric Wizard trope. In short, if you’re already a fan of the band you’ll find Time to Die another pretty excellent entry in their canon and if you like your metal especially slow, detuned and evil then there aren’t many better places to start (although it goes without saying that you must also check out their 2000’s stone-cold masterpiece Dopethrone as well).

But on to the specifics of the record itself. It’s certainly a long album - in fact the longest Electric Wizard album to date - and sometimes exhaustingly so. Time to Die clocks in at a whopping 65 minutes, and only three of its nine tracks are under seven minutes long. Given that the opening trilogy alone will cost you over half an hour of your time, it’s something of a relief that track four, ‘Destroy Those Who Love God’, offers a much-needed break, as well as one of the more musically interesting things on the album.

Over burbling, textural, wall-of-noise guitars runs an ominous organ line and a repeated sample of what sounds like a news report of a Satanic murder. At one point a man in the report declares “death is a major preoccupation”, thus nicely articulating the specific theme of Time to Die. As an experiment, and as a way to break up the endless demonic riffs, it’s very successful. A similar trick is done with the instrumental final track ‘Saturn Dethroned’, whose fairground-esque keyboard part ends the album on a more meditative note, a welcome comedown after the preceding hour of insanity.

Although much here will sound familiar to existing fans there are some nice touches and slight evolutions on 'classic' Electric Wizard. Keyboards also make an appearance in ‘Time to Die’ and ‘Lucifer’s Slaves’, and add extra density and texture. For the first time since 2002, original drummer Mark Greening is present. Electric Wizard drumming can often feel fairly functional but here Greening puts in a remarkable performance, complete with seemingly endless tom rolls that Bill Ward could be proud of.

Bandleader and sole constant member Jus Oborn even does some interesting work with the guitars: sure they’re absurdly detuned and distorted, as doom metal demands, but there’s enough breadth to alleviate any potential fatigue. The menacing wah-wah riff on ‘Funeral of Your Mind’ makes it the most psychedelic, druggy song on the album, and possibly the most obvious tribute to their heroes Black Sabbath. Even more impressive is the siren-like two note riff on ‘I Am Nothing’, probably the best song Electric Wizard have done since ‘Funeralopolis’. Over an exhilarating 11-and-a-half minutes, it delivers a riff so crushing it’s almost hypnotising and a slow jam that is given an ample amount of time to develop into something almost like a doom mission statement. It’s the standout track of the album, and the fact that a band over 20 years into their career can deliver something this complex, layered but yes, also brutally heavy is truly remarkable.

So there’s nothing much here that existing fans won’t like, and some may see that as a negative. But plenty of bands stick to their niche, and are rewarded for it. It’s great that Electric Wizard are still around and are still pushing the limits of heavy music - not just for metal itself, but for British metal in particular.