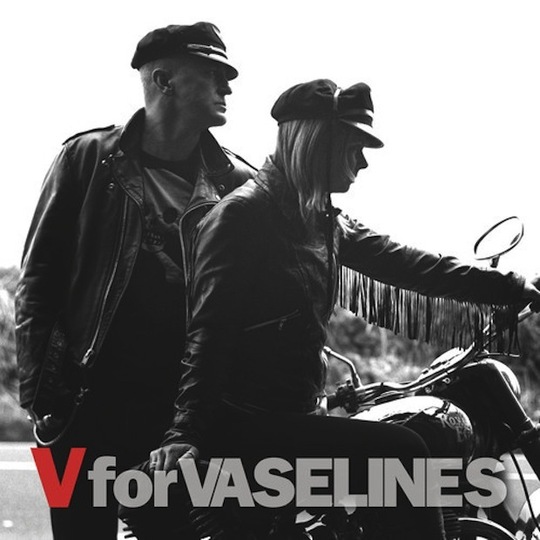 There were never great expectations of The Vaselines when they reunited in 2008. When a charity show turned into a proper tour, complete with two new songs to flesh out the setlist, maybe there were then people thought there might be a single or an EP release. But 2009’s Sex with an X was a surprise, a record no one was really expecting to materialise that was somehow everything you could hope the band to produce nearly 20 years after their first and hitherto only album.

Maybe at this point we should assume that The Vaselines are really back with a long view, having now been reunited for longer than they were ever initially together, with the release of V for Vaselines meaning they've birthed two of their three albums post-reunion.

Or maybe there are some things that are expected from The Vaselines. Vocal harmonies are the top of that list. Slightly less shambolic guitar playing and overall song craft seems reasonable for two musicians now decades into their careers. Lots of lyrical double entendres are a request, but if they can’t be ribald, then witty will suffice.

It’s really only at the third post that V for Vaselines falls. Frances McKee and Eugene Kelly still play off of each other beautifully. Songs like 'The Lonely LP' and 'One Lost Year' have strong, catchy, almost surfy riffs, and 'Earth is Speeding' has a squealing hot line under the verses. It’s enough to allow the curious easy listening vibe of 'Single Spies' a pass. But then there are lyrics that speak too much of adolescent frustration, peaking on the pub rollick 'Inky Lies', on which the duo unforgivably joins the ranks of bands who have “hey” shouted on their songs.

There are still shades of the familiar cheeky attitude in 'Crazy Lady' and 'Number One Crush', but it’s not really their schtick anymore. If anything, there’s a bit of fatigue in wafting through the lyrics, especially on album closer 'Last Half Hour', whose chorus refers to the "final curtain/end of the show". Then again, Sex with an X’s closing track, “Exit the Vaselines” was similarly suggestive. So who knows what The Vaselines will do next.