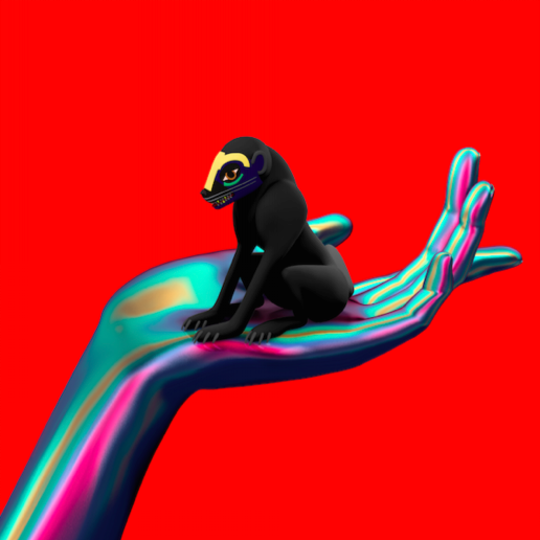 Aaron Jerome’s post-dubstep project no longer relies heavily on anonymity. Adopting the seemingly-unpronounceable moniker SBTRKT ('subtract', for anyone who hasn’t quite got it yet) and donning a Native American inspired mask for both promo shots and live shows, the XL-signed Londoner appeared to be intent on deflecting the brunt of the attention that his first recordings – 2010 EPs 2020 and Step In Shadows, before the excellent self-titled full-length debut the following year – received onto the moniker; a tactic that enjoyed a great rate of success. Indeed, if you presented an unmasked Jerome to your typically sketched-out, Red Stripe-swigging Boiler Room aficionado, they’d likely have a hard time placing him: 'Didn’t I see you do a DJ set at Fabric?'

But with SBTRKT’s underground success having earned the producer frontrunner status in the British electronic scene, Jerome’s had to come out of the shadows somewhat in order to maintain the heady momentum that’s been generated. He’s set to play a headline show at the Brixton Academy pretty soon, and there isn’t enough dry ice in the world to deny his rapidly-developing legion of dub’n’wub lovers a glimpse of the man behind the mask.

So arriving at Jerome’s much-anticipated second record, it’s intriguing to see what sonic island Jerome will drop anchor at this time. Much like on his debut, his source of sustenance can be traced to a decidedly deciduous tree of collaborators: Wonder Where We Land features guest spots from, among others, labelmate Ezra Koenig, Warpaint, and A$AP Ferg, who take up a Crayola each to fill in the edges of the latest SBTRKT rendering. There’s also additional good news in that Jerome’s chief BFF, mellifluous vocalist Sampha, is on regular hand once again to bring emotional character to the often-beguiling instrumental landscapes weaved by the former.

What’s evident about Wonder Where We Land after the initial listen is that it’s not particularly… dancey. Unlike the certified rave bangerz that made SBTRKT such an easy-to-love construction, there aren’t many obvious bankers you could guarantee would break the ice at a static house party. Indeed, much of the songwriting here appears to be intent on proving that there’s more depth and maturity to the SBTRKT name than we’d anticipated: ‘Gon Stay’, for instance, appears to aim at the kind of intelligently-made, Donald Fagen-esque instrumentals that were so often a hallmark of Random Access Memories - its crisp, futuristic drum machine and looping basslines make for a reflective atmosphere that complements Sampha’s lovelorn lamentations. This particular theme actually begins earlier on in ‘If It Happens’, with Sampha exercising his croon on a piano-led ballad that, as much it is lovely, isn’t something that you’d traditionally associate with the SBTRKT soundboard.

But this isn’t necessarily a bad thing, of course. Jerome’s clearly an adept producer who can pick and choose when to put in a drop that’ll set off any rave (a muscle he causally flexes on strobey instrumental ‘Lantern’ and, to a lesser extent, ‘Temporary View’), but with Wonder Where We Land he’s generally decided not to play by that particular rulebook in a not-too-dissimilar fashion to his Brighton contemporary Bonobo. And the results, as it turns out, are mostly compelling: ‘Voices In My Head’, a jazzy trip that’s powered by sweeping drums and swirling synthwork, is probably the least ‘turnt’ beat that A$AP Ferg has ever gone in on, but his sizzurp’d flow adds a mischievous quality to this almost-improvised instrumental. Ferg, however, is distinctly bested on the record by Atlanta MC Raury, whose stunning spitfire vocal turn on ‘Higher’ quite rightly steals the show.

Whilst this mode of experimentation is an admirable trait, it’s a tactic that does fall short of greatness. The most notable example is the Caroline Polachek-featuring ‘Look Away’; a grating, distorted piece that, in comparison with Sampha’s generally-luscious contributions, feels messy rather than genius. And if anyone has any clue with regards to the inclusion of ‘Day 5’ - a doomy interlude that is simply just a crackling sample of an orchestral backing and some church bells - on the record, then you almost certainly win a prize (maybe a complimentary can of Red Stripe?).

But every great alchemist engages in a bit of trial and error when pursuing a new formula. This isn’t to say that Wonder Where We Land is a complete reinvention of the SBTRKT wheel, but Jerome’s enigmatic creation does, at the very least, exhibit a willingness to explore his obvious talents in the studio. Focusing on expanding the limitations of a genre that’s still very much in its infancy, Wonder Where We Land proves that the SBTRKT name is still very much worth following second time round.