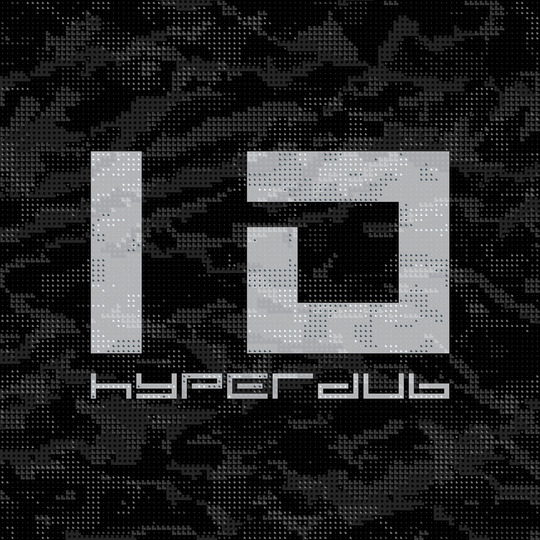 As part of a series of releases marking the label’s ten-year history, Hyperdub 10.3 is a celebratory release with a twist. This third instalment takes listeners into the ambient side of Hyperdub’s catalogue; instead of a burning series of dubstep (slow) bangers we’re offered a murky, simmering trawl through a different landscape, one where dubstep aligns most closely to its non-digital neighbours - the free-form of jazz, the panorama of a soundtrack, the hush of a ballad.

Of course this is still digital. Very digital. Inga Copeland’s ‘I Am Your Ambient Wife’ provides vocal edits that slice into each other, a phrase sped up, slowed down and distorted. It’s a series of musical shards, splintering further with each repetition. However, this doesn’t morph into a minimal symphony, just the deployment of words in endless, deformed, variants.

Each composition on this release is relatively short for an ambient collection. And this really is a collection in the most literal sense. Ambience often succeeds when it disappears, becomes a subconscious influence or forces the listener to strain their ears, offering micro-and-miniature delights for the effort. Hyperdub 10.3 doesn’t play ball in this respect - it doesn’t care for subtlety, but it does succeed. Each song has immediate impact. Kode9’s ‘Pink Sham Pain Down the Drain’ is a prime example as it stabs and drones like a horror film, churning in an unease that also falters, stumbles and then rebuilds, beautifully.

Laurel Halo’s ‘Melt’ is a wonderful, but all too short, journey into cinematic melancholy. A clarinet plays a swan song, soft and sad, and is counterpointed by a series of aggressive dubstep tones given a soft focus. Keyboard lines become remorseful as they grow and growl, the music also phases in and out to electrifying effect as the volume of the keyboards raise in tandem to the clarinet’s crescendo. If this was eight times longer it would deserve a Grammy, as it is it delights and frustrates in equal measure.

This is a collection of moments, and as such is a very successful one, allowing its contributors to be themselves but to also have their moment in the playground of abstraction. Fhloston Paradigm's ‘Lilloos Seduction’ is ten minutes long and benefits immensely from the extended duration, building up bubbling frenzies of cinematic harpsichord and oscillating Roland keyboards. It given the space to take off and make an exploration of space, it burns up on re-entry in a glorious flame of sound.

Hyperdub 10.3 is a fine album, not so much for being a coherent body of work (it’s not) but for being a bold collection of vignettes, a taster of Hyperdub's breadth and depth. These snippets show an immensely talented roster of electronic composers taking off their dub step lanyard and replacing it with a beret. As a result Hyperdub 10.3 still sounds urban, futuristic and lean, but it’s also surprisingly soft, contemplative and human.