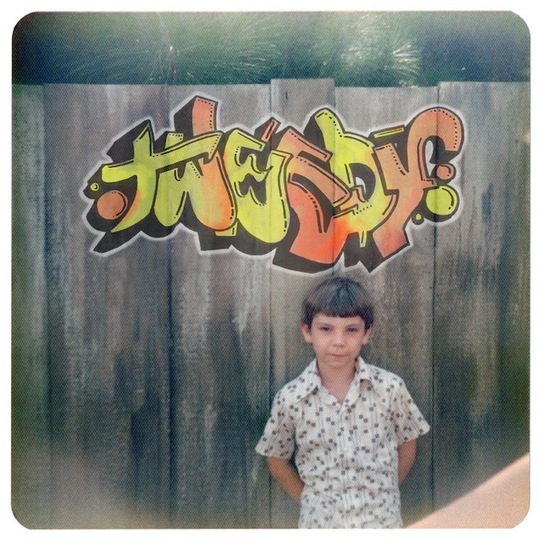 Wilco fans will remember the scene from I Am Trying To Break Your Heart as Jeff Tweedy and son Spencer play a tour bus game, the toddler tapping the rhythm to ‘Heavy Metal Drummer’. Jeff finally guesses right and starts a family sing-along, nurturing his son’s musical exuberance. Now 18, and a fully-fledged drummer, the scenario has come full circle as Spencer joins his dad as Tweedy. Working with a parent who’s one of the most respected American songwriters of his generation should mean excellence is a foregone conclusion, right?

'When I set out to make this record, I imagined it being a solo thing, but not in the sense of one guy strumming an acoustic guitar and singing,' Tweedy Snr said of the project. 'Spencer’s been with me from the very beginning demo sessions, playing drums and helping the songs take shape. In that sense, the record is kind of like a solo album performed by a duo.' If that sounds woolly - a collaboration, but not - it’s borne out by results that often recreate the guessing game of old.

Sukierae - I’ll help you out; it’s 'sue-key-ray' – is not a Wilco record, though sometimes sounds like one, not a solo album, though it’s stab at that too, and rarely feels like the product of a duo. Neither tightly written nor extemporaneous enough, it nevertheless attempts the impossible in trying to be all three simultaneously.

Only at the very start is a compromise struck. The hormonal hissy fit of ‘Please Don’t Let Me Be So Understood’ is a true collaboration; teenage angst mediated by adult sagacity, the fun of joint musical experience leaping from the speakers via a strident catharsis. For its fleeting 90 seconds, it actually seems possible to rock out with your dad.

Yet you soon suspect Tweedy Snr is doing most of the work. The comfortable front porch waltz of ‘Wait for Love’ and dandelion guitars of ‘Low Key’ could both comfortably sit on Summerteeth, and the distressed throb of ’Diamond Light Pt. 1’ (sadly not a Glenn and Chris cover), ably recreates the panic attack of ‘Black Bull Nova’. The concise meets the indulgent; the stripped back the lavishly-produced on the record’s very decent first half.

Past that point however, the wonderful ‘Nobody Dies Anymore’ aside, matters go downhill gently but steadily. Things are skew-whiff by halfway – the acoustic furze of ‘Flowering’, ‘Desert Bell’ and ‘Summer Noon’ are interchangeable and waltz the record to a stall. Spencer’s contributions audibly sidelined, like dad has sent him off to his room, the collaboration devolves to the lazy solo plod that was never meant to be its MO.

With it comes the nagging suspicion that Tweedy realises he needs more – a man of his estimable talents must implicitly feel it – but just settles, recycling lyrics and melodies to fit half-baked structures. Results are then underwritten and overly long. That's never the best combination. Running to 20 songs and a shade over 70 minutes, only Wilcophiles, and patient ones at that, will summon the desire to digest it all.

That Tweedy’s ideas sputter out isn’t a pressing problem – Wilco’s discography shows plentiful avenues for salvation there. Meditations on form aside, ultimately it’s difficult to know what Sukierae is for, and that’s frustrating. It’s not to learn production. Tweedy is already rightly respected there, having helmed records for Low, White Denim and the redoubtable Mavis Staples. There’s nothing here too daring for Wilco or, crucially, that wouldn’t be far better served by the band, nor do fundamental songwriting kinks need ironing out. If the idea was to help Spencer learn – ie by making mistakes - parental protection needs checking as Jeff constantly steps forward instead.

Sukierae ultimately reminds us what makes an artist of any stripe essential, and that’s - 'drumroll' - quality control. A good album is essentially buried here; at least eight songs could comfortably be axed. Usually a new Tweedy collection is a headline event. This time, as father and son each try to figure the other out, the family is reliant on the prestige of its name to ensure it survives the misstep.