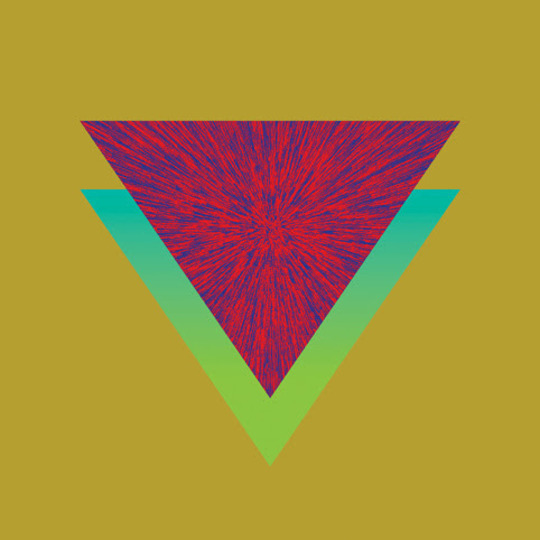 A bell chimes, resonantly. For a few short seconds it is unclear what is coming. Will Goat have changed? Have they suddenly gone all ambient? And then the insistent, persistent groove of ‘Talk to God’ kicks in and it becomes immediately obvious, this is Goat. Like them or loathe them, this is what you get.

“Call my name when you talk to God” chant the….chanters, and we’re off, propelled along on the wings of an otherworldly groove. Given the lack of visual stimuli, we are left to merely imagine the dancing that must surely ensue live. As the song progresses, the intensity builds and builds. Whether you want to or not you are drawn along. I am reluctant to journey with them. I want to stay detached, sarcastic, superior, but the fact is, this is immersive and dynamic, music not just to be listened to, but to experience. By the time the tribal drums of ‘Words’ are joined by a psyched out fuzz of guitar I am lost for 40 minutes or more.

I remember Goat’s now fabled Glastonbury performance a couple of years ago. It was electrifying. Hard as it was to escape the sense that they had hit upon a particularly successful 'trick', knew this, and repeated it ad infinitum, the fact remained that, live, they were a sight, and a sound, to behold. Personally, I found that World Music, their debut album, didn’t quite deliver on the promise of their live shows.

On Commune, things feel more fully formed. After the slight dip of ‘The Light Within’ and ‘To Travel the Path Unknown’ (why do bands feel the need to keep telling listeners what the meaning of life is? It's only exacerbated by ‘Goatslaves’ call to focus on “the spirit world”) ‘Goatchild’ signals a return to form, as a beautiful bass driven vibe coalesces with a call and response vocal, as things take a decidedly Hendrix-esque turn. ‘Hide from the Sun’, similarly, is carried along on a bed of fuzz. There’s no denying that Goat have honed their ability to concoct hypnotic riffs to a tee. The interplay between the rhythm section here is a joy.

Closing pair, ‘Bondye’ and ‘Gathering of Ancient Tribes’, are real highpoints. ‘Bondye’ is a percussion-driven monster of atmospheric riffing. It is impossible not to sway and nod throughout. As the pace increases, so the ecstasy of movement moves along with it. The injection of wah-wah around the 3.40 mark will raise many a roof on the band’s punishing 2015 tour schedule as whole rooms lose themselves collectively in the song’s joyous climactic moments. It is interesting that this is an instrumental song. Somehow, the respite from the vocal shrieks which punctuate Goat’s output add to ‘Bondye’s power.

‘Gathering of Ancient Tribes’ closes the album with a quintessential Goat riff, twisting round and round, down and down towards the centre of the earth as the words ring out “let us be reborn”. The irony of singing “let us be reborn” over such vintage music is clear, but still feels just right.

So what are we to make of Commune? It is Goat. It feels like the clearest expression yet of who they are, connected inexorably to the past, yet pointing towards a future in which music of all tribes and tongues is united. That is not though, to overlook that this, for this writer at least, is a far from perfect album. Something of a case of style, or schtick, over substance in places. However, the visceral power of Goat is inescapable. ‘As Gathering of Ancient Tribes’ builds to its incredible crescendo’d climax, we have been somewhere, journeyed somewhere, seen something of the transcendent. What better accolade could be given to an album than that?