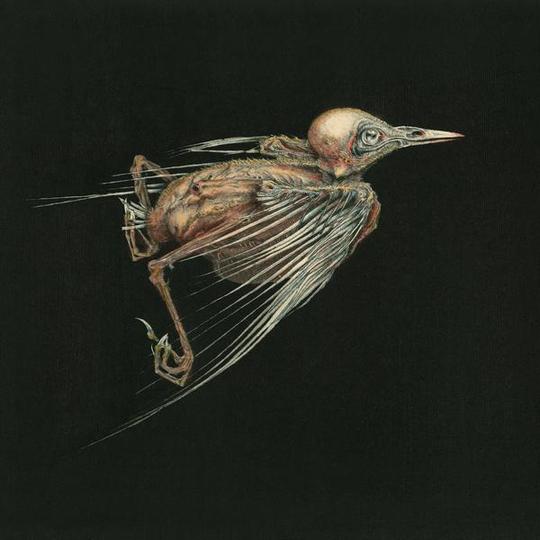 It is said that two heads are better than one, but are two voices an improvement on the singular? If the voices in question belong to Jenny Hval and Susanna Wallumrød, then you should be expecting an answer in the positive. As well as being two of the most prominent voices in Norwegian contemporary music, they are also two of the most distinct.

Though the material on collaborative record Meshes of Voice is original, not all of it is new. In short: the project started back in 2009, culminating in two live performances in their native Norway. Since then some of these compositions, though altered, have found their way onto Hval’s wonderfully twisted Viscera, released a few years back. For that reason, it offers an insight into the working process of one of the most creative and interesting performers of our time.

The opening couple of minutes of ‘Droplet’ are a drawn-out and tense instrumental affair, sparse and cavernous. It doesn’t take long to realise the gravitas – in fact only a few moments into track two, ‘Black Lake’ – that this collaboration has, as both voices work together in a pulsating journey through slow-paced piano chords then to drones and feedback before returning to end with a Susanna-led melody. Hval's vocals morph and change frequently but are at their most recognisable when in the high register, though her hushed spoken words also have their own discomforting qualities. In the short and eerie ‘Milk Pleasures’ we hear both of these in the extreme. Wallumrød, meanwhile, has a deeper and thicker voice. It sometimes sits nicely behind the more abrasive vocals of her companion but when her slowly-delivered and rich words take prominence – particularly in the lethargic ‘A Sudden Swing’ – they carry a great weight.

There is a sense of transience on this record, as you might expect from such a developmental creation. No one track or passage exists long enough to become familiar or predictable, yet they all share the similar characteristics of unpredictability with sporadic bouts of discomfort. On listening these changes of tone and personality have the ability to draw you deeper into the varied sonic world that the two have created.

There is more to the record than the music, though. Hval has often dealt in the corporeal and themes of the body are also featured here. ‘A Mirror in My Mouth’ is one example, the refrain of “And out of spit my children grow / churning in my mouth” standing out as one of the most graphic and striking. Knowing that some of the tracks were developed further and finished in a different way takes nothing away from their impact here. There is something to value in that and that value is scattered throughout this collaboration. Meshes of Voice both straddles the line and also shifts between sounds harsh and gentle. There is perhaps more of the harsh than the gentle, but each aids the other greatly. Both singularly and together we have two artists who are adept at creating dramatic changes in mood and tone.

'Powerful' music is often discussed in one of two ways. Firstly in describing music that affects us or moves us emotionally. That is one such type of musical power. Secondly, it is talked about in the purely physical sense – music that is so loud or aggressive that it causes a sensation, reaction or feeling in our body. It is unusual for music to be powerful in both senses but Meshes of Voice occasionally achieves this, on occasions separately and also concurrently. A melodic and lyrical versatility runs strongly but the atmosphere created around the words is beyond a mere accompaniment.