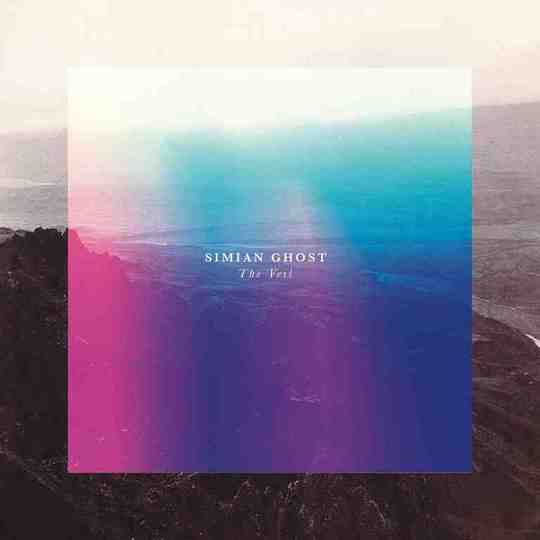 Like some sort of musical spectre, Sweden’s Simian Ghost haunt the grey area between ‘alternative’ and ‘pop’, offering the nuance and depth you’d expect from the nebulous former genre combined with the instant appeal of the latter. As if to exemplify this, their newest album The Veil is pretty long for a pop record, with its 18 tracks running to just over an hour.

It would be a shame if that proved to be too daunting for some listeners, as The Veil has a lot to offer. After introductory number ‘Float’ drifts by serenely, the album kicks in with ‘Cut-Off Point’, which sounds like the sort of pop song The Horrors might write if they were infatuated with The Beach Boys. ‘A Million Shining Colours’ goes back even further in time, calling to mind Buddy Holly - just listen to those lovelorn, sighing vocals and drawn-out “bay-bee”s for ample proof. And while ‘Echoes Of Songs (for Trish Keenan)’ wears its influence firmly on its sleeve, it does manage to capture a little of Broadcast’s ethereal melancholy - not as a direct sound-a-like, but rather in spirit.

One might expect a song entitled ‘August Sun’ to be a similarly chirpy number, but it’s here that the record throws a curveball - it is, instead, a stark acoustic number documenting the moment that a relationship ends, and the first real eye-opener to the often downbeat subject matter that dwells below the surface of these songs. The effortlessly bittersweet pop of ‘Never Really Knew’ stands out as another prime example, its subtly funky bass combining with twinkling synths to create a breezy backdrop to a relatable tale of having your heart broken for the first time. ‘Scattered And Careless’ mixes summery guitar pop with existential fear (“And I know/that we never really find what we are looking for.”), while beneath ‘The River Ouse’s propulsive jam - think ‘Sea Within A Sea’ - lies a battle with depression (“I feel it coming every day/brings me closer to the point/where it breaks”). Immediately following that is ‘Endless Chord’, which sees vocalist Sebastian Arnström channeling Sigur Rós into a heartbreakingly sincere moment of hopefulness against the odds.

By contrast, the beautiful ‘Hidden In Your Leaves’ depicts a place where fantasy and reality collide in a moment of intimacy (“And your hair flows over my back/into my dreams.”), the song’s Fleet Foxes-esque harmonies adding to its escapist charms. There are more upbeat moments on the album too - ‘I Will Speak Until I’m Done’ is a breathless, shimmering slice of shoegaze-pop that flashes past in less than two and a half minutes, while ‘Summer Triptych’ captures a similar feeling later on in the record. There are a few noticeably weaker tracks, however - typically, they’re the ones that don’t get off the ground until they’re over halfway done (‘The Ocean Is A Whisper’), or burst into life too late (‘Be A Good Kid’). Elsewhere, the instrumental tracks ‘Secret Meadow’ and ‘Strange Light’ serve their purpose as dividers, but they feel more like decorations than additional meat on the bones of the album.

In all honesty though, the sprawling length of the record feels like the result of raw ambition rather than a failure to self-edit, for The Veil defies expectations at every turn. The journey that Simian Ghost take the listener on may sometimes be a meandering one, but it’s ultimately a fulfilling experience.

Read the band’s track-by-track guide to The Veil here.