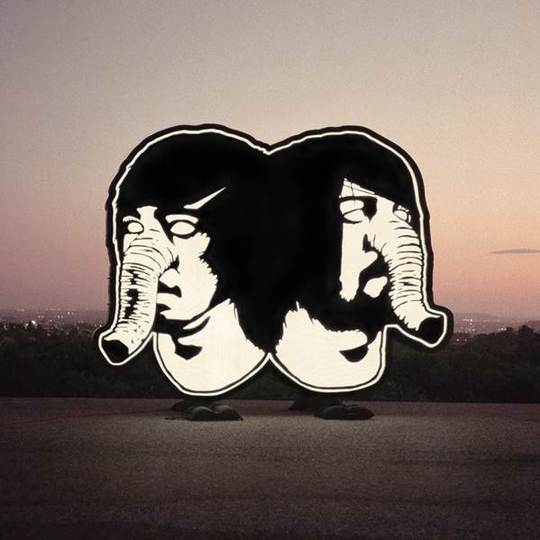 Back in 2004, a prodigious dance-punk duo from Toronto set off the mightiest noise explosion. The perpetrators were a long-haired, bearded axe-wizard – though in this instance, it was a bass that was the chief weapon of choice – and a frenetic, yelping drummer who must’ve splintered an inordinate amount of drumsticks every time he played. Together, as Death from Above 1979, they combined to unleash a pulsating sound that made their debut record You’re A Woman, I’m A Machine such a wild ride, drawing a significant amount of admirers and placing DFA at the centre of a maelstrom of hype. But - almost inevitably - Jesse F. Keeler and Sebastien Grainger soon turned the high-energy of the songs on each other ('a secret UFC-style battle of egos, alcohol and other famed indulgences', as they put it), and they split in 2006 after suffering touring-induced burnout.

Since then, DFA’s debut has become something of a cult classic - evidence of which presented itself in the euphoria witnessed during their brief comeback tour in 2011 – whilst their two-man set-up has undoubtedly influenced bands such as Drenge, Blood Red Shoes, and unlikely chart-toppers Royal Blood in recent times. And now the nine-year wait for new material is well and truly over: The Physical World picks up largely from where You’re A Woman… left off. This in itself is an interesting notion, considering that the musical landscape of 2004 is vastly different to that of the present-day: The Libertines were self-imploding spectacularly rather than reforming for megabucks, whilst Jay-Z believed that it was a good idea to collaborate with Linkin Park, and someone else thought it was an even better idea to have Lindsay Lohan release an album off the back of Mean Girls.

But fears that DFA would now be as relevant as that triumvirate of ’04 references can be allayed with a single listen to The Physical World. Indeed, all discourse on the relevancy of this outfit is disposed of within the first bars of the meteoric ‘Cheap Talk’: DFA dispense with the need for any apologetic introduction owing to their absence by blasting through the kind of fuzz-laden and screechy soundscape that built them such a strong following in the first place. It raises the bar from the off, with the ridiculously-titled ‘Right On, Frankenstein!’ following in close pursuit in terms of ferocity; Kessler and Grainger continuing to match each other by throttling the life out of their respective instruments. ‘White Is Red’, meanwhile, teases in initially bringing down the tempo with a reflective bass riff before launching into a stompalong and admittedly poppy – by DFA standards – chorus, whilst a similar plonk is adopted in the whoo-a-long ‘Trainwreck 1979’ that has the jaunty potential to soundtrack the next Mazda advertising campaign.

There is a sense, however, that embracing this torrent of noise full-on can be akin to being submerged in a tidal wave of distortion, cymbals, and often uninspiring lyrical content (“21, 21 / Nobody learns anything at 21” Grainger hollers on the messy ‘Government Trash’, destroying the hopes and dreams of aspiring graduates the world over). Sure, it can be bracing to blast out a loud album (‘Virgins’ and ‘Always On’ simply deserve to be turned up to 11), but The Physical World rarely lets up or diversifies enough to give the sense of a fully-formed songwriting story – indeed, the final four tracks spill over so much that they could easily be mistaken to be one long track.

Still, we’d much rather have DFA around now than them not even be on speaking terms, because when they do get it right, as they frequently do on The Physical World, it does provide you with more than a simple nostalgia fix. So here’s hoping that Keeler and Grainger hold it down this time round so we can hear them react to the times once more in the not-so-dis