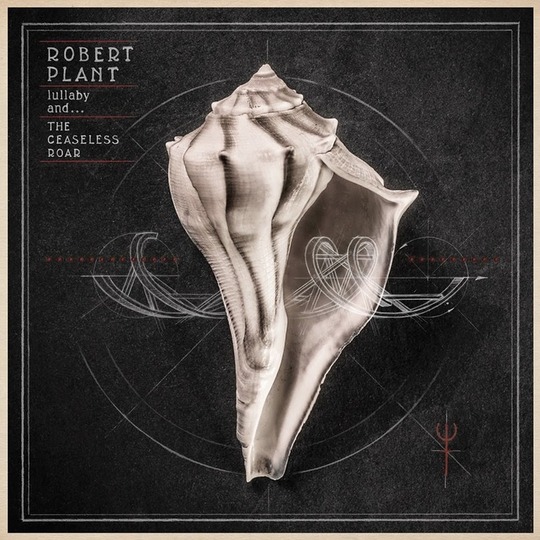 Most artists with classic back catalogues must get sick of being asked about their distant glories, but you can imagine it would irk Robert Plant more than most. His recent solo career has been one fascinating, exploratory journey, but it still seems to be Zep that gets mentioned first and foremost.

Led Zeppelin would cast a mighty shadow over anyone's career, but if you'd had the critical and commercial response that Plant has enjoyed with Alison Krauss for 2007's Raising Sand or his own Band Of Joy in 2010 you can understand why he might be a little bit annoyed at the persistent questions about those hoariest of rock and roll dinosaurs.

lullaby and...The Ceaseless Roar probably won't stop those annoying questions, but it certainly gives Plant a great excuse to ignore them - because, if you were producing music as interesting, exciting and forward-looking as this, why on earth would you want to look back? Musically, lullaby... builds on some of the ideas and areas that Plant and his merry band of like-minded followers have explored before, but delves deeper into these worlds.

The grooves and rhythms of North African 'desert rock' are the foundations on which many of the tracks here are built. Lead single 'Rainbow' crafts a delicate, slowly shifting melody over a simple, tribalistic beat, while opener 'Little Maggie' takes a nagging banjo loop and straps a flitting rhythm and haunting fiddle to its sides. The dusty Americana of Raising Sand isn't as prevalent here, save for the delicate ballad 'A Stolen Kiss' and some other brief nods, Plant's wandering tastes attracted to the more unconventional patterns of African and world music. That's not to say that it's a massive departure - all the tracks are being built by men who have classic rock flowing freely through their veins - but the shading around the edges is coming from a distinctly different direction,and with an assured confidence in the results.


One significant change here from Plant's other recent projects is that most of the tracks are written by the man himself alongside his current backing band, The Sensational Shapeshifters, rather than the covers and reinterpretations he's specialised in previously. For the most part this works well, the diverse band of musicians using their obvious depth of knowledge in a tasteful way without it becoming a scholarly exercise, while Plant is on fine lyrical form. His more mystical leanings have been often mocked, but here they appear in a more muted tone to bring life to these tales of love and reflection on younger days, 'Somebody There's gentle reminiscence a particular highlight.

One of the main highlights of Plant's latter day renaissance has been the reminder that his voice isn't just a weapon to bludgeon people with, and a definite highlight of this album is the fine way in which it's used as an instrument, delicate and measured in parts, more fierce and foreboding in others. 'House of Love' is probably the best track on the record, slowly unfolding over a rumble of drums and Verve-esque squeals of reverb, Plant's powerfully controlled vocals driving it all along.

All together, lullaby and...The Ceaseless Roar seems like the sound of someone musically satisfied, but not in a safe, comfortable way. Surrounded by musicians that challenge and push him into unusual places, Plant has made a modern, relevant record that shows that he's engaged with the musical world around him. It won't stop people shouting for 'Whole Lotta Love' at his shows, but I'd much rather he made another ten like this than climb aboard the reunion train once again.