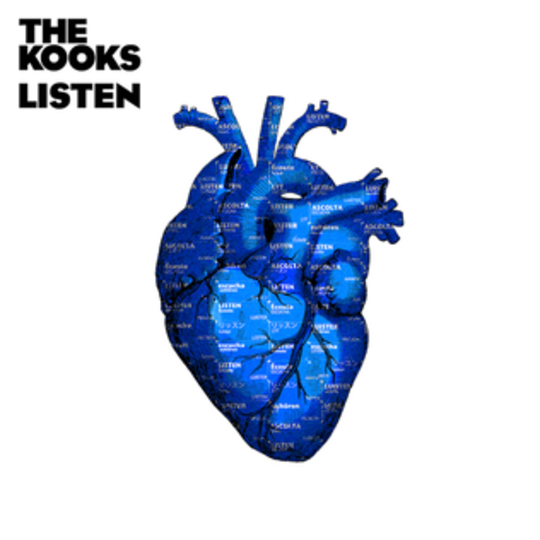 It is, you would think, the perfect time for The Kooks to return. A quick glance at the more excitable quarters of the music press confirms that Britpop nostalgia and Noughties revisionism is at an all time high, a decade brought back to life almost before it has slipped into the past tense. And it’s not just the retro stylings of Peace, Palma Violets, and other eager millennials who don’t know any better. The ghosts of landfill indie loom large in 2014; Kasabian headlining Glastonbury, Ricky Wilson trying on the pop mogul/mentor hat for size, Pete’n’Carl keeping dreams of Albion alive. Even half-hit wonders The Fratellis limp ever onward, their rock’n’roll dreams enduring in the face of a mountain of indifference and the relentless march of progress.

But while the timing may be predictable, the manner in which they’ve done it is anything but. 'Reinvention,' declared front man Luke Pritchard to The Independent earlier this year. 'Smash the mould. Feel alive. You know?' Not really, no, but admirable sentiments from a band previously content to rummage around in Kinks offcuts and sub-Mills & Boon romantic imagery (“I miss you and I love you and that’s true”). And what exactly does this 'reinvention' entail? Percussion sonnets, electric church music, and Ethiopian jazz – all his words, not mine. 'I’d call it a world music album,' he said in another interview. 'We were tearing up the rulebook.'

Strangely, this is something of a high point; the faux gospel stomp of ‘Around Town’, the Latin-infused strums of ‘Dreams’, and the Euro-disco-pop-jazz of ‘Are We Electric’ all prove that the bottom of the barrel can still yield results after it’s been scraped well clean. The music is incredibly diverse, which should be a good thing – and applauded – but it’s all so cack-handed and clumsy it comes across as forced, like a posh kid from the suburbs plastering his university walls with Bob Marley posters. There are ideas here, sure, but nothing that flows with the venom of hip-hop or grooves with the power of soul; frankly I’m surprised that co-producer Inflo hasn’t demanded the removal of his name.

Nothing, not even their own past as a middling indie-pop crossover act, is sacred, and it’s sad to see The Kooks attempt to conjure past glories and fall flat; a by-the-numbers indie jangle, ‘Forgive and Forget’, that lacks charm and sparkle, and a vapid, talent show drudge of a piano ballad, ‘See Me Now’, are obviously designed to tempt former and fair-weather fans. But fire up ‘Naïve’ or ‘She Moves in Her Own Way’ and you’re left with the conclusion that those were one-off bolts of inspiration, not the chirpy beginnings of a bright new talent; what’s that line about the sun shining on a dog’s ass again?

And if Pritchard's nasal whine and vocal gymnastics leaving you grimacing, take solace in the fact they make it easier for his mangled prose to fade into the background. Kasabian get abuse for writing entire songs in #LadzBantz, but I’d have that over this Hallmark poetry any day. Take ‘It was London’, an attempt at contextualising the 2011 riots. That summer was the complicated confluence of a number of sensitive topics such as race, poverty, neglect, and police harassment, but into all this wades Pritchard – who, lets not forget, once wrote about his cock shrinking due to the effects of drugs, as well as a song called ‘Jackie Big Tits’ – eagerly brandishing his rhyming dictionary and burning sense of justice. “It was in Tottenham / Man got shot by a police man / A young girl went to test them / Went up against the system / Oh oh, I don’t know.”

Think that’s bad? It gets worse. “On the television / Of course they blame the youth for disruption / ‘Cause they took Fortnum & Mason / And nothing said about the shooting / Just the looting.” After listening to that, I was genuinely speechless, part amused, part horrified by the jaunty dismissal of nuance. Far from being gritty, or getting down in the gutter where real people live, this is diet, caffeine-free urban, sapped of all its strength, the sort of soul-destroying muzak that’s destined to provide the background mush in provincial coffee bars. It’s a barren wasteland of emotion where shades of grey cannot exist, everything boiled down to a binary view – go or stay, love or hate, them and us, “the life of a bohemian…or the material world”. It is, quite possibly, the worst thing you’ll hear all year – my only retort to the imperative contained in that cocky title is 'don’t bother.'