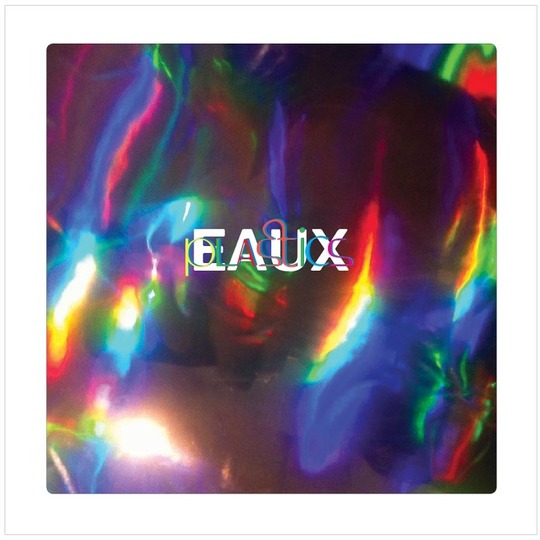 London three-piece Eaux are stylish, subdued and very cool. They’re also very patient. Indeed, many of their songs feel like they have patiently-plotted dramatic arcs to them. Eaux build up a track, letting it simmer until it hits a certain sweet spot, and then they just keep it there until it peters out. This is deft song manufacturing that oozes confidence.

Consisting of members Sian Ahern, Ben Crook and Stephen Warrington, Eaux was formed after the collapse of the trio’s former post-rock project, Sian Alice Group in 2012. It’s taken eight years for the trio to get here since they started SAG in 2006, so clearly, this troupe aren’t patient with their song writing alone.

This isn’t music to lose your shit to, it’s music to sit in your bedroom to, headphones on, mulling over thoughts in your head when everything is a bit gloomy. It’s music designed and dedicated to those that seek long-term immersion in shimmering, silky ambience.

This is best showcased by Plastics' poignant opening track ‘Head’. A moody, melancholic slow burner, ‘Head’ feels like it’s building up to something, but it doesn’t ever reach that true climax. Instead, you’re treated to five and a half cruising minutes of swelling electronica, lead by Ahern's glassy vocals, which feels painfully romantic and intimate throughout.

‘Head’ could have easily slotted into the excellent soundtrack to Nicolas Winding Refn’s Drive, and while ‘Sleeper’ may play host some gnashing bass guitar, it follows the same formula set down by ‘Head’. There is a familiar breathing space, with time being given to allow the song to build. A similar story is present with ‘Peace Makes Plenty’, a song that also flourishes under this blueprint. There is only one track on the entire album breaks in under the four-minute mark (‘Head’ clocks in at over five and a half minutes), which demonstrates Eaux’s conviction in giving their produce space to grow.

But not everything on Plastics is so commendable. Track six, ‘The Light Falls Through Itself’ makes, quite frankly, the opposite of an impression. It’s bland and lacks the depth of the earlier tracks. In fact, everything following ‘The Light Falls Through Itself’ represents a significant dip in quality. Eaux admirably stick to their formula throughout, but something just feels missing in the latter part of their debut. These final songs lack the emotional oomph that the earlier songs did, and as a result, Plastics finishes off with a sour, hollow feel to it. It’s the same feeling you may have experienced when you listened to The Killers' debut, Hot Fuss. Not that these two albums are that similar sonically, just that they both have deflating latter halves. Both albums let themselves down.

Solely focus in on the strength of the first half of Plastics, you’ll see that Eaux have created a debut that is chilly, precise and hugely atmospheric. Could you really ask more of them than that? Plastics represents a significant first step upon which the group can move upwards from, and it’s exciting to see what they do next. But it’s a shame they couldn’t carry the excellence through to the end of a record.