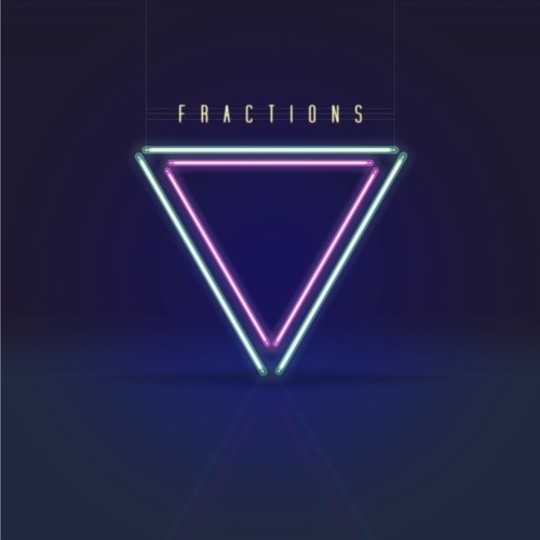 I feel compelled to start this piece with a confession. An innate fondness for noisy scruffbags means that I’m almost always a bit wary of bands who arrive onto our radars sounding fully formed. You know the ones I mean, right? Those ones who take their time to launch themselves at the public, like they’ve been surreptitiously crafted in a lab somewhere. The types who selfishly keep what they’ve got a secret, flagrantly flouting the law of local scenes that they should first spend a couple of years rolling about on the floor of dreadful bars getting soaked in piss and beer while they play badly to crowds consisting of their parents and a couple of reluctant mates from their place of education or employment.

Anyway, here are Fractions, one of those kind of bands whose existence causes me such inner turmoil. A relatively new name to the North East and beyond, their self-titled EP represents the first ripple they’ve made on the pond of our consciousness, a handful of gigs aside. They’re precisely the sort of band who make DIY idiots like me uncomfortable because their music is so beautifully and flawlessly put together that they sound like they’ve been together for years, but they’ve just had the gall not to bother us with their finely crafted output until they were absolutely bloody ready.

Anyway, thanks to their their steadfast refusal to be rushed, we’re fortunate to have been treated to one of the most wonderful EPs of 2014. It drifts into being with 'Into the Air', which feels like a twenty-first century update on the Cocteau Twins, a coolly ethereal treat. From this point in, the mood is set, and we’re taken on a delightful wintry journey, with the combination of Lucy Gallagher’s vocal and the frosty synths providing a lovely fuck you to sun-worshippers. In fact, the whole record is entirely chilly in tone, but in places it is still contradictorily uplifting. 'Breathe' in particular is a high point, a pop song to get utterly lost in, richly textured and as catchy as anything Chvrches have produced.

Much has been made of the Fractions’ credentials as goths within the synthpop genre, but it’s also something which is pretty much inescapable when you spend much time in the company of this record. For all the waves of M83-esque bliss, there’s still a real underlying feeling of darkness at times. It emerges most obviously during penultimate track 'Resist', where Gallagher’s vocal lurks under the tide of electronic foreboding, cooing menacingly beneath the surface, occasionally threatening to burst forth before eventually being submerged by the icy seas of synths.

Fraction is an EP which has challenged my conceptions about how bands should emerge into public awareness. It sounds something which has been the result of absolutely painstaking work on the part of the band’s five members, and their effort has been completely and utterly worthwhile. It’s a stunningly enriching collection of music which proves that sometimes it’s best to trust bands to wait until they’re ready to show you what they’ve got.