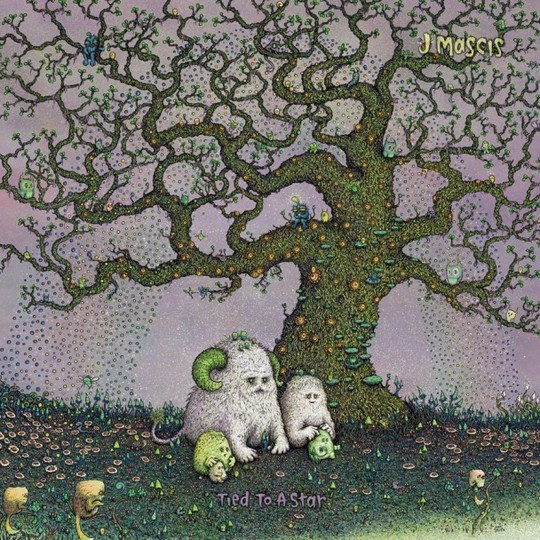 It’s strange that the idea of a J Mascis solo album still seems odd to so many people. After all, whilst the chemistry between Mascis, Lou Barlow and Murph is what really makes Dinosaur Jr the genuine force that they are – something only confirmed upon revisiting the Barlow-less Nineties albums – it is Mascis who continues to write the majority of the band’s material. His albums as J Mascis + The Fog were, admittedly, tired efforts from a songwriter who had carried the burden of Dinosaur Jr alone for a decade, but the reactivation of his main band has clearly rejuvenated Mascis’s songwriting. That the three post-reunion Dinosaur Jr albums are close to matching the quality of the group’s original trio of records makes this quite clear.

There was also 2011’s Several Shades of Why, a superb collection of songs showcasing Mascis’s underrated ability to work outside the distorted alt-rock context that Dinosaur Jr will always be best known for. The only real problem with Mascis’s solo debut proper, in fact, was its tendency to sound a little like a selection of unfinished ideas for Dinosaur Jr songs, something largely down to the not infrequent focus placed upon trademark electric guitar playing from the Jazzmaster toting six string hero.

The bones of Several Shades of Why were, of course, provided by acoustic guitar and it’s this instrument that dominates Tied to a Star. Mascis has often spoken in the past about how the guitar solo was the climax of his songs, implying that it was as much, if not more, a part of the character of his writing as his lyrics. Tied to a Star, although utilising electric guitar, pushes Mascis away from this traditional songwriting style of his more than ever before. One could legitimately say that Tied to a Star is more folk than it is rock, a statement not quite applicable to Several Shades of Why.

Not that there’s any way one could mistake this record for being the work of anyone else. Mascis’s voice remains one of the most distinctive around. Combined with his usual lyrical style, relying on simplistic but effective couplets and refrains, there are still moments here that sound a little like Dinosaur Jr lite. Then again, the songs feel different; aside from the jaunty ‘Every Morning’, there’s a hazier tone on offer here than one usually associates with Mascis’s work.

Opener ‘Me Again’ is a perfect example. One expects the solemn, wistful tones of his songs to come armed with a dose of fuzz but the gentler, reflective sound he adopts here is, unsurprisingly, equally suitable. The use of piano and subtle background electric guitar introduces a lullaby-esque style which is maintained across most of the following tracks. ‘Wide Awake’, probably the best song on the album, even ropes in dreamlike guest vocals from Chan Marshall to join Mascis's restrained Nick Drake-style finger picking and moody but ultimately unthreatening, cymbal crashes.

There are no missteps here, although the instrumental ‘Drifter’ sounds rather like an incongruous outtake from Eddie Vedder’s Into the Wild soundtrack, but there’s nothing strikingly new on display either, nor is there anything that quite matches the highlights of Several Shades of Why (‘What Happened’ or ‘Listen to Me’, for instance). It’s certainly pleasant to have Mascis operating in increasingly peaceful territory as a solo artist, providing enjoyable contrast with his still predominantly riff-based main project, but it’s also hard to see how non-Dinosaur Jr fans are going to be particularly excited about Tied to a Star. The band’s devotees themselves, meanwhile, will probably struggle not to view this as a stopgap before J’s next effort with Lou and Murph.

That’s unfair on the songs Mascis has provided here. There’s a consistency to Tied to a Star (both sonically and in terms of quality) that deserves praise, but then Mascis, even at his worse, has always been able to produce enough good songs to make a decent record. Given how many greats the man has penned, however, it’s no shame for Tied to a Star to end up as one of the more underwhelming releases in J’s catalogue.