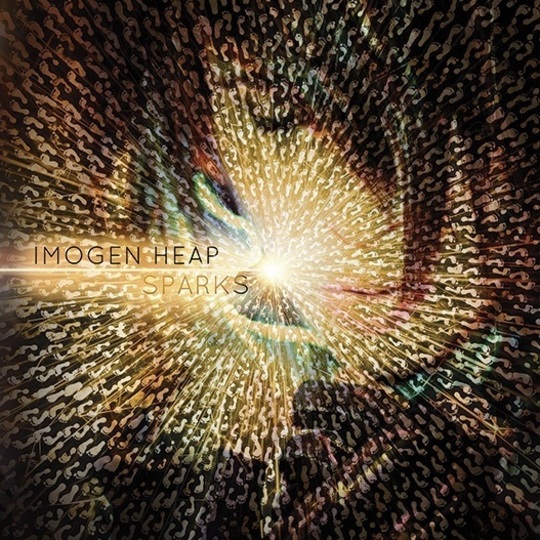 Imogen Heap is one of those musicians. Throughout a career that already seems to have gone on forever and a day, she’s managed to seem almost wilfully different yet increasingly-accomplished. Sparks, her newest, is a pop tour de force of the best kind. Much as it tries to be quirky and difficult, it is in fact a wonderfully satisfying listen.

Beginning with the mournful ‘You Know Where To Find Me’, this journey into the recesses of Heap’s world repeatedly asks the song’s subject to “be still with me” - a state which it seems to evades its author. A beautiful amalgam of piano and strings, the song gradually builds into a hugely satisfying coda, “Don’t mistake my charity, show me the money”, before fading in to the distance. This is the kind of grown-up pop song we all wished we listened to all the time.

“I love cheese. I want to have children, but I don’t want to have children” says Immi on ‘The Listening Chair’ an autobiographical song which takes us through the first 35 years of her life, before concluding with “who am I now?” a question bolstered by a huge group of voices of her at various years. More than this, the song will allegedly have a minute of a cappella music added every seven years. So far so pretentious, except that, gloriously, the song is propelled on a bone-shakingly juddering beat which rather stomps on accusations of tweeness.

It is followed by ‘Cycle Song’, which along with ‘Climb to Sakteng’, was part-recorded 5,000 feet up in the Himalayas. It is unmistakably Heap, and yet it also carries the listener up the mountain with flourishes of orchestral bombast. Quite a feat.

During the long gestation period of this album, other unlikely accomplishments by Heap and her prodigious team included the creation and development of her ground-breaking musical gloves (these are featured on ‘Me the Machine’) and dabbling in generative and reactive music for ‘Run Time’, a song linked to a jogging app that responds to your workout (I dare you to try it). From the deeply personal songs ‘Propeller Seeds’ and ‘Entanglement’ about Heap’s apparent travails in love, to the crowd sourced communal response to the Sendai earthquake of ‘Lifeline’, the scale of the ambition on display is pretty bewildering. At 14 songs, the album feels at times over-long and a little self-indulgent, but it is marvellous that each song's central conceit is carried through to its logical extreme. In an age where instant success is demanded, and perceived failure brings instant and lasting rejection, it really is quite special to see an artist developing in the way that Imogen Heap is. There really isn’t a contemporary pop songwriter like her, and the music scene is all the better for her continued growth and unwillingness to conform to expected standards.

Of course, it would all fall flat without the songs. On Sparks they are remarkably consistent, despite the drastically different methods used to create them, from ‘The Beast’, another beat propelled juggernaut, to ‘Xixi She Knows’ which twists and turns through indigenous Chinese singing and spoken word all the way to a head-nodding, toe-tapping crescendo’d climax. Sparks undoubtedly takes some time to get into. I almost didn’t want to like it - in principle it's just too clever by half. Eventually though, it turns out the problem actually is with me: If only more 'popular' music was this ambitious and well-realised. Imogen Heap is the kind of pop star we can all get behind. Sparks will serve to cement her burgeoning reputation.