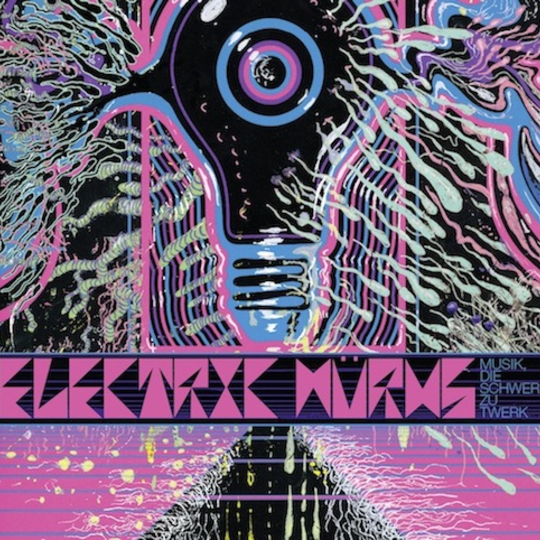 Wayne Coyne has a tendency to spout nonsense when he’s let near a press release, and the accompanying bumpf for the debut record from Flaming Lips spin off Electric Würms doesn’t disappoint:

It all began in the Seventies when someone invented the right kind of acid that could make you fly! It seemed that everything was, at last, possible. And the overly optimistic freaks of the day began flying into outer space. They flew in spaceships that were, at first, made of futuristic super metal but before too long they didn't even NEED ships. They BECAME the ships and they called themselves Electric Würms.

Started as a psych prog side project for Coyne and fellow Lips man Steven Drozd, Electric Würms have been somewhat enigmatic since inception. From vague intimations, rumours of involvement from MGMT, Miles Davis covers and Miley Cyrus-inspired twitter ramblings accompanied by the hashtag #musicthatishardtotwerkto, fans have been guessing at the exact nature of the band and its line-up for a while now. As it happens, it comprises Coyne, Drozd and members of Linear Downfall, and their debut album, Musik Die Schwer Zu Twerk, provides a brief insight into the kind of cosmic prog jams they’ve been covertly enjoying for over a year.

Opening track ‘I Could Only See Clouds’ begins ominously, drums played like an incantation designed to summon prog-rock and krautrock spirits in equal measure. Perhaps not surprisingly given the Germanic album title, the influence of bands like Amon Düül II can be felt in the angular guitar riffs that encroach threateningly on softly delivered vocals. Lines like “I was deformed in the future” sound like the observations of an acid user let loose with a dictaphone, trying to extract some prophetic meaning from his garbled experiences. There are some contemporary comparisons too, as ‘Futuristic Hallucinations’ would not seem out of place on Flying Lotus's Cosmogramma, the band clearly aiming at a similar cosmic funk vibe albeit adopting a very different approach. The tone has been set and so it continues with ‘The Bat’, a sort of faltering transmission back to the UFO club in 67, a pulsing ambient mess made up of those unidentified noises captured from time to time on hydrophones on the ocean floor.

With multiple drummers, and the band members engaging in musical chairs with regards to instruments, there is a sense that the album is one long improvised jam. Perhaps this is most evident with the seven-plus minutes of ‘Living’ and the Miles Davis freak boogie (Coyne’s words, not mine) of ‘Transform!!!’ Together the tracks seem to offer an alternative soundtrack to David Bowman’s journey beyond the infinite in 2001: A Space Odyssey, lending the album an interstellar quality just like any good prog record. The latter track is also delightfully funky, and a welcome break from the previously pervasive tone.

With Electric Würms bowing out with a brief come-down friendly version of Yes’s ‘Heart of the Sunrise’, Musik Die Schwer Zu Twerk’s status as a kind of Flaming Lips’ oddity is confirmed. It’s all a bit reminiscent of the Elephant 6 super group Major Organ and The Adding Machine where the element of mystery surrounding the record pushed fans’ excitement to somewhat disproportionate levels. At times it feels like pastiche, at others like an impromptu late night jam session: legendary to those who witness it, mind blowing to those who take part, but slightly less fun to listen to sober.