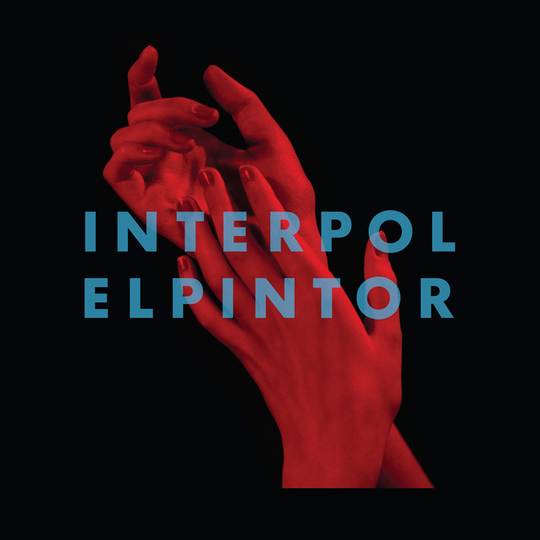 Like that final Maths examination or opening one's presents on Christmas morning, the anticipation which awaits a new Interpol is quite something. Although still seen in some circles as something of a cult phenomenon, their impact this side of the Millennium can only be matched by a handful of other artists.

Rewind the clocks back almost four years, and the future didn't seem quite so rosy. Long-standing bassist Carlos Dengler had just left the band and their patchy fourth long player found itself mired by a catalogue of lukewarm reviews. For a band with such an enviable bank of songs in the vaults there certainly were concerns that the wheels had come off. A relentless tour schedule lasting over a year saw two stand-in bass players employed at various intervals and a clear disparity in quality between the new material being promoted and the older, more familiar songs responsible for their hallowed status.

While never overtly concerned with what sections of the press are saying about them, at times the band looked uncomfortable on stage, particularly when playing songs off the fourth record. That only one song from that era ('Lights') remains in the current set tells its own story, but evidently the spark needed reigniting. With the next record in mind, songwriting began almost instantly. Even so far back as October 2012 when Drowned In Sound spoke with vocalist, guitar player and songwriter Paul Banks, he hinted that the song he had recently penned written with guitarist Daniel Kessler were among some of the finest he'd written. Kessler himself confirmed as much when talking to the site only last month, admitting that some of the tracks which would eventually form part of album number five date back as far as November 2011 during the final stages of the Interpol tour.

Fast forward to the present and here in all its glory is El Pintor. Ambiguously titled as such in that it translates as "The Painter" in Spanish or simply represents an anagram of the band's name. As with its predecessor, the band produced the record themselves with Alan Moulder once again employed on mixing duties. What is unusual about this or any other Interpol record is that Banks assumed bass duties for the first time, playing on all of the album's ten compositions. Touring keyboard player Brandon Curtis also makes his recording debut, contributing to nine of El Pintor's ten songs.

Perhaps most importantly, El Pintor feels more structured than Interpol. Bold in intention and quiet in confidence, they've gone back to basics here and for the most part, the results are sublime. Opener 'All The Rage Back Home' has already established itself as a live favourite since the band first played it back in March and it is easy to see why. Simplistic yet assured, it represents arguably their most accessible four minutes since 'The Heinrich Maneuvre' launched third album Our Love To Admire. Kessler's guitar hooks rage with a bite comparable to those on early records Turn On The Bright Lights and Antics, and it sets a high standard for the rest of El Pintor to live up to. Which it does, effortlessly.

While a lot of the themes here appear to revolve around strained relationships and the characters within them, there's an eminent freshness surrounding the way Interpol execute such stories without ever becoming staid or repetitive. 'My Desire' shuffles incisively on a knife edge, while Kessler's driving guitar and Sam Fogarino's impeccable timekeeping come to the fore on 'Anywhere', another of the songs aired during the band's brief sojourn to the UK five months ago. A close cousin of Antics staples 'Slow Hands' or 'Evil' by way of immediacy, 'Anywhere' might just be Interpol's finest ever pop single in waiting, Banks reassuring us "At least they'll never suffer."

Relaxing the pace a little, 'Same Town New Story' tells the tale of a girl who "Feels like the whole world is coming down on me." Once again, comparisons are inevitable with the band's former works such as 'Take You On A Cruise'. Better still is 'My Blue Supreme', mainly due to the schizophrenic nature of Banks vocal ranges from gravelly alto to intuitive falsetto in an instant. Part Dandy Warhols circa Welcome To The Monkeyhouse, it's a departure from the norm where both Interpol and El Pintor are concerned and all the more delightful for it.

'Everything Is Wrong' drifts away via Kessler's signature glissando guitar sound while 'Breaker 1' emerges amidst a sea of reverb-heavy vocal and four chord post-punk, Banks revealing "I've seen my dreams deep fried" in the process. Sure, there's a definitive Interpol style which is easily recognisable when listening to any of their records but here the envelope is pulled and pushed, twisted and turned without ever falling apart or losing the plot.

"Fuck the ancient ways!" declares Banks from the outset of 'Ancient Ways', three minutes of nascent punk rock with a Brooklyn sheen rather than backstreet spit and shine. His delivery on 'Tidal Wave' could be described as Morrissey-esque, The Smiths having been an obvious influence on Interpol right from the start as songs like 'Say Hello To The Angels' distinctly suggest. While perhaps the least immediate piece on El Pintor, it sets the scene ornately for the grand finale. Not since 'The Lighthouse' on Our Love To Admire have Interpol dabbled with something so grandiose. Sometime Bon Iver associate Rob Moose provides the stringed accompaniment to Kessler's guitars, the two joining in unlikely matrimony as Banks inquisitively opines "Be my lover..." before the song fades out.

Their belief regained and creative juices flowing at a rate of knots, Interpol have delivered their finest record in a decade with El Pintor. That doesn't mean they should rest on their laurels, but at the same time they do have good reason to be proud of their labours these past three years. Now let the celebrations begin!