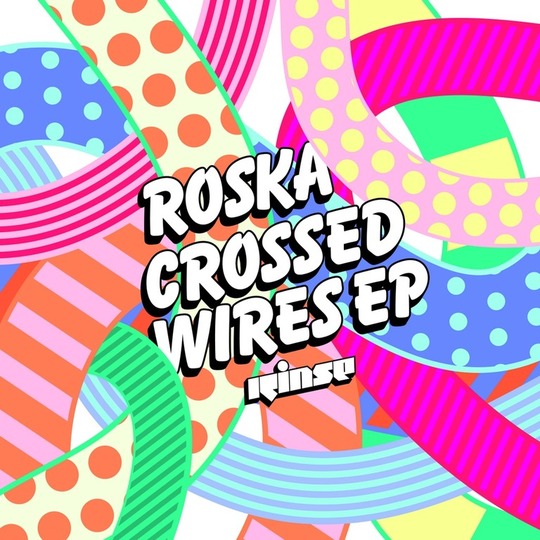 Over the last seven years Roska, aka Wayne Goodlitt, has demonstrated repeatedly that he’s a more than proficient producer and DJ, mixing elements of grime, house and funk into his own fairly recognisable (Roska Roska Roska) tributary of UK Funky. The one-two punch of a decent weekly slot on Rinse FM and some cracking DJ sets (I saw him dismantle Fabric late last year) has only reinforced the reputation he earned with those wiry, percussive EPs in the late noughties. However, recent productions have erred on the side of two-dimensional – his beats playing second fiddle to a range of questionable guest vocals (the exception being infectious Jamie George collab ‘Love 2 Nite’) in a pattern which his latest EP, Crossed Wires, does little to challenge.

During a recent interview Goodlitt said that he was most proud of “having the opportunity to remix big artists like Maverick Sabre, Katy B and Example.” It seems they’ve rubbed off. Crossed Wires begins – as all Roska output should – with a conspicuous drum beat, but the curtains pull back to reveal a pair of pretty flat attempts at imitating these artists’ brand of clubland pop. The title track is the better of the two - containing a fair dollop of that playful Roska bounce, and some pleasant (if slightly textbook) soul courtesy of Himal. ‘Master of Persuasion’, on the other hand, has the unmistakable feel of a Katy B copycat. But rather than the South London songstress’ expertise with melody, Rachel K Collier (who certainly has the voice to match her) lets down with some slack, particularly un-evocative lyricism: “Knowing that I can’t refuse/ I’m giving it up/ no resistance, only you/ I’m giving it up/master of persuasion/you get me every time”. During the breakdown, the beat slows and twinkles nicely, but for the rest of the track it barely puts up a fight against what becomes an overbearing vocal line.

Fortunately, the second half of the EP is where Roska shows off his talents, veering into a totally unexpected pair of more mix-oriented club tracks. The chopped up vocal pattern in ‘Right Here’ is used like an instrument, whilst the slightly squelchy synth line, and fuzzy percussion shine through in the absence of any dominant melody. Roska’s skills are really meant for structured music, where he can lay out a drum pattern, iterate on it, and then work upwards from there, and it shows in the sudden surge of quality which ‘SuperLemonHaze’ continues in its constant, bleeping, bass-y glory. However, it’s too little too late. Goodlitt is no less ambitious than he was – and no less talented – but listening to Crossed Wires you just feel like he’s spent too long aiming at the wrong target.