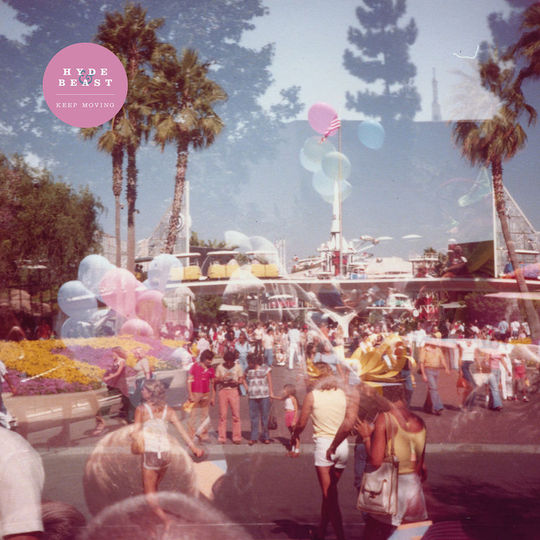 There’s a sizeable generation of North East music fans for whom The Futureheads have always existed, their presence at the forefront of our musical community a source of reassurance and positivity, reminding us that even in these grim old times it is still actually possible to make a good fist of things if you’ve got talent, decency, and a hell of a work ethic.

So, while their current professional breather has undoubtedly left a large gap in the area’s music scene, it’s nice that all of the band’s members retain a pretty active interest. The four continue to work on the wonderful Split Festival, while Ross Millard has fronted the short-lived but brilliant Rivals and recently started playing with Frankie and the Heartstrings, Jaff plays in David Brewis’s School of Language project, and Barry Hyde has solo material imminent. Perhaps their most seasoned moonlighter now though is drummer David Hyde who teamed up with The Golden Virgins’ Neil Bassett in 2011 to release the first Hyde & Beast album Slow Down, a brilliantly disparate half-hour of Seventies-inspired pop.

Three years later, and apparently after a pretty rough time for both Hyde & Beast we have Keep Moving. Given that Slow Down had more than its share of splashes of darkness, it wouldn’t be such a massive leap to expect a maudlin, downbeat follow-up record in the context of the bereavement and breakups which we’re told have informed it. What we get instead though is an album which is for the most part strangely uplifting. Sure, it’s steeped in sadness lyrically, but the boldness of the arrangements and the ambition of the songs mean that Keep Moving is frequently a joyous listen.

It benefits from the fact that Hyde is clearly increasingly comfortable in his role as frontman, something which is presumably a happy side effect of The Futureheads’ heavily toured stripped-back show as well as his Hyde & Beast tenure. There’s a Gruff Rhys-like warmth to his voice which has always lent intimacy and depth to Hyde and Beast’s music. Combined with the sun-dappled blasts of brass and piano riffs here, though, it makes the likes of ‘Blue’ and ‘Open Your Heart’ bona fide pop monsters, the kind you blast out of rolled down car windows as you head down the seafront in the middle of July without a care in the world. Those who fell for Slow Down’s sultry languor should still find plenty to love here as well. ‘Like I’m Grass’ and ‘Suits Me Fine’ are as unhurried and blissful as it gets.

All told, Keep Moving is pretty much everything a second album should be. It takes the strengths of the first record and builds on them, it explores new ideas, and crucially it’s a much more cohesive musical affair than Slow Down (which, to be fair, wasn’t really ever intended to be a full-on debut LP, more a case of two blokes making some music in some downtime and accidentally making a record). This - by default - new and more considered approach doesn’t detract from the spontaneity which made Slow Down so likeable though. Indeed, if this is what Hyde and Beast can do when they really set their minds to it, then it looks like they’ve got a few more pretty fantastic records in them yet.