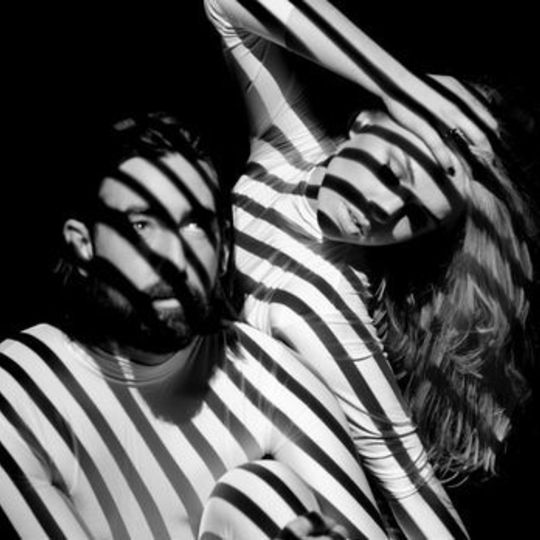 In 2007, indie gained itself a new power couple. Rebecca Taylor and Charles Watson brought with them kitchen sink musicality, cutesy harmonies and videos packed full of balloons, fairground rides and roller skating. Slow Club's Yeah, So was a break-through record that brought with it some of the most heartbreaking tales of young love, teamed with gorgeous acoustic licks and bedroom pop aesthetics. Their vocals blended together perfectly, often swelling to an in-your-face crescendo during every chorus; Slow Club's debut offering gave us a glimpse into a band that were at times frantic but nonetheless, experts at crafting a damn good pop tune.

Second album Paradise saw the duo mature and hone in on their skills as song writers. They began to really know their vocals, with harmonies now stretching to an affirming finish. It was an album of growth, but songs such as 'If We're Still Alive' and 'Beginners' still had that frantic, off beat charm, with both vocals pushed to the front of the production. It was the start of a band beginning to push themselves creatively; leaving behind their mish-mash of instruments and instead, opting for a more focussed approach.

With their new album comes a realisation of monumental proportions. Lead single 'Complete Surrender' is so far from debut single 'Because We're Dead,' it could be mistaken for a different band entirely. Taking influence from Sam Cooke's string arrangements and George McGregor's thwacks, the track opens with desperate breathy vocals and swelling strings that accumulate into one of the best songs Slow Club have ever crafted. The harmonies are still at the forefront, yet Taylor's vocals have matured into an offering of soul-star stature; encompassing, deepened verses are juxtaposed with a high-pitched, staccato-like chorus that's so addictive, you'll hardly be able to contain your feet.

The album opens at a more subtle pace, with 'Tears of Joy' taking that Sixties influence and showcasing a love song packed full of electric wah-wah guitar strums and sultry arrangements. The vocals remain at the forefront of Slow Club's production and it's in this that we witness their growth as songwriters - producing song structures that are catchy yet subtle, organic yet sleeker than ever before. The polished construction enables us to appreciate the smaller details, such as the gentle, electric strumming melody of 'Everything is New' and the encompassing horn additions to 'The Queen's Nose'. The latter is the most quintessentially Sixties-style offering, with on-the-beat strums and key changes and yet the band are able to craft it into something entirely unique; mixing this instrumentation to create a modern day love song with a comforting quality.

Paring back the everything-but-the-kitchen-sink approach of old shows us a band that are more self-assured than ever before. Gone are the over encompassing structures and instead, we're presented with gorgeous stripped back offerings, such as the piano accompanied 'Number One'; teamed only with soft, deepened harmonies, it's the rare glimpse of Watson's solo efforts at the beginning of this song that make it that little bit more special. Once Taylor joins, it's an undeniable, triumphant ballad that proves the 'less is more' approach can often produce truly magical moments.

Lyrically, Slow Club have solidified themselves as pioneers of the break-up song. With every album, they've caused a tear to fall and yet, they've still got more heartache to express. This is by no means a chore for the listener, as both lyricists are able to capture those deeply personal emotions and surround them in an imagery-heavy environment that puts the listener there right with them. 'Dependable People and Things That I'm Sure Of' is a stand-out song that says, 'you feel crap right now but it's going to be okay' while avoiding the patronising cliched approach that so many empowered pop songs offer up. Lines such as "The spring never came / And I feel so sick if I hear his name" make it one of the most gut-wrenching offerings Slow Club have ever produced - which is quite a feat in itself.

Sleeker, stronger and more confident than ever, on Complete Surrender Slow Club flourish with each strum and every breath. They've perfectly blended their skills of pop, folk and soul to produce pounding dance anthems, breath-taking ballads and nostalgic marvels that are so perfectly placed in the track listing, you'll never be skipping for your favourite. Beginners, they are not.