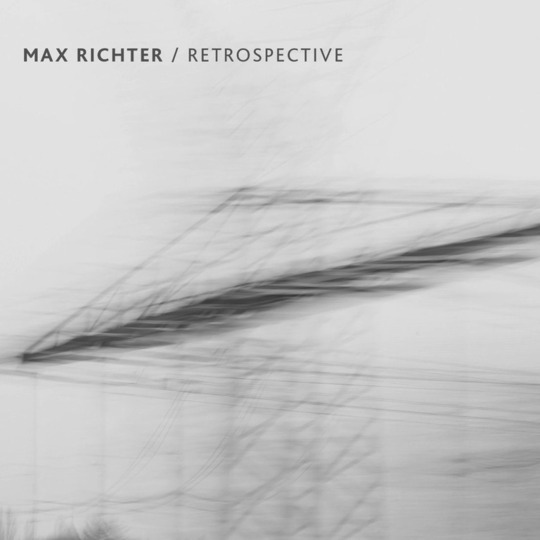 A while back I was on YouTube when I struck gold in a piece of music by Max Richter. I usually steer clear of the comments, but one caught my eye: 'like God seeing his reflection in the water,' it read. Like God! God’s reflection!

Okay, I know. Going after YouTube commenters is like going after the Westboro Baptist Church or something. The nesting mallard’s sitting duck. My point is that this is the sort of thing that gets said about music like Richter’s. I’ve certainly fallen foul before. Without a voice to embody the music, contemporary classical, post-rock and ambient — sometimes just non-Anglophone — music comes in for all kinds of superlative mulch. As if it were some kind of origin-less utterance, gifted to us from up-on-high, or something. Richter’s music is the face of God himself; Sigur Rós were beamed down from some mystic neverland (Westeros, apparently); Stars of the Lid are the soundtrack to your unconscious. That sort of thing.

Anyway, if there is a God, lately he’s been too busy looking out for Max Richter to be gawking at his own face. Just to catch you up: he’s signed a new deal with Deutsche Grammophon. We’ve already had a reissue of 2012’s Vivaldi Recomposed, and accompanying app. There’s a performance at the Royal Albert Hall, no less, this October. There’s a new HBO series for which Richter’s composed the soundtrack. There are whispers of a new album. There is, Richter fans, plenty to look forward to.

We start with Richter’s second full-length, The Blue Notebooks, also known as 'the one where Tilda Swinton reads Kafka over the sound of a typewriter'. It’s loosely based on Kafka’s The Blue Octavo Notebooks, and to imagine the album as a musical analogue to his murky, sinister literary world would not be at all far off the mark. The likes of ‘Shadow Journal’ and ‘The Trees’ are the best kind of film noir soundtrack imaginable, brought to life through Richter’s trademark armoury: piano, strings and a delicate bed of textural electronics.

In all honesty, Songs from Before has always seemed, conceptually at least, a formulaic rehash of The Blue Notebooks (simply replace Kafka and Swinton with Haruki Murakami and Robert Wyatt). But Retrospective offers a chance to revaluate, and it turns out that — while it is constructionally similar to its predecessor — it’s more concise and refined. In fact, after listening ‘Sunlight’s’ listless descending figures (revived last year for rAndom International’s Rain Room installation), I’m convinced it’s some of his best work.

24 Postcards in Full Colour put Richter’s trademark sentimentality to an altogether more mundane task – the record is, ostensibly at least, a suite of ringtones. But it also works as a kind of Max Richter variety hour, flitting back and forth between the two ‘sides’ of his music. You have, on the one hand, a very refined, ambient electronica (‘Cascade NW By W’), and on the other, his postmodernist classical style (‘Berlin By Overnight’). As ever, it’s the emotional resonance that is the shared currency between them.

Finding beauty in the mundane remained the task on Infra – an album that I’ve always imagined to be about city life, about metropolis, about what it means to be a commuter. Here fragmented tannoy announcements and latent static are threaded through Richter’s music. It began life as the score to a piece by choreographer Wayne McGregor, a piece accompanied by Julian Opie’s stick-figure animations. It is probably also, without wanting to detract too much, his most Philip Glass-poaching record, too – Richter might have studied with Berio, but that doesn’t mean he wasn’t listening to Einstein on the Beach on the way home.

There are bonus tracks on each disc, which are all pleasant enough, but not necessarily anything to write home about. The Blue Notebook’s ‘Sub Piano’, lasting just 50 seconds, for example, feels like a bit of a cop out – little more than a glorified bass line that Richter found collecting dust in his recycling bin. You do get a full orchestral version of career-standout ‘On the Nature of Daylight,’ though, which is a nice thing to have. But then, the best declarations of love are whispered, not written on billboards. And the most intelligent people say little rather than a lot. And other things that I’m sure Confucius wishes he had said.

Let’s face it, trying to write about a decade’s worth of music in one go like this is a bit of a fool’s errand. Either, you’ve heard them all before. In which case, this box-set is a nice excuse to revisit Richter’s best work, and maybe, as with my experience with Songs from Before, fill some gaps. But maybe it’s all new to you. In which case I envy the fact that you have the experience ahead of you – Richter’s music treads and elegant line between art and popular music, and it’s beautiful. And while he does have his contemporaries (Ólafur Arnalds, Johann Johannsson), his work has a slightly darker and more refined edge to it, a sound that is distinctly his own.

Like moonlight, refracted through one of Buddha’s teardrops. Or something.

Full DiSclosure: The Retrospective box-set includes an essay by Paul Morley. I haven’t seen a copy, so don’t bother asking me about his pronoun usage. He.