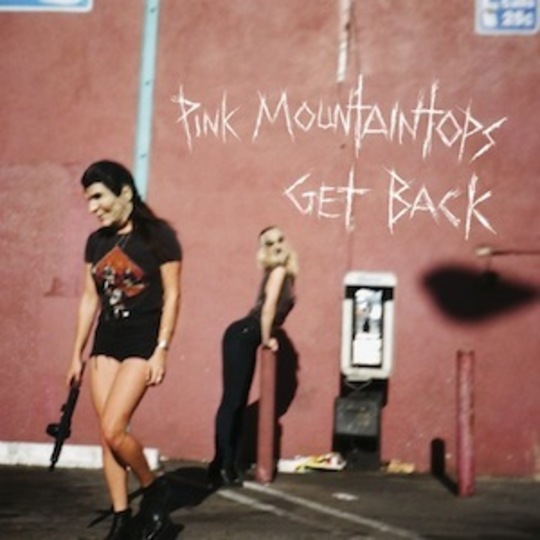 Originally started by Black Mountain's Steve McBean as a dreamy, more lo-fi alternative to the hearty rock thrills of the day-job, Pink Mountaintops have evolved across their career to fit the whims of their frontman. Here on their fourth LP, the band seem to be hung up around some sort of second adolescence, crafting a set of fizzing, nostalgic songs that aim to capture that particularly exciting, nihilistic time of life. More often than not they succeed with the atmosphere - Get Back would be a great soundtrack to an unhinged night of debauchery – but it does occasionally feel a little slight when considered alongside the rest of McBean’s output.

Take ‘Wheels’ for instance, which melts the guitars from ‘Ocean Rain’-era Echo & The Bunnymen to McBean’s apocalyptic vocals to create a terrifically atmospheric three and a half minutes that's just lacking a little something else to push it into greater territory. Or ‘The Second Summer Of Love’, which proclaims 1987 to be the date in question over a stomping, glam-tinged beat, a cracking start which you feel would build and developing into something else entirely if it was a Black Mountain track... but here it just ploughs that furrow before coming to a stop. It’d be nice to have that extra ingredient – a barn-storming solo, a change in tempo maybe – to push these tracks further.

Perhaps the most eye-catching moment on the album comes from one such injection of something different on ‘North Hollywood Microwaves’, a scuffling, Stooges-esque boogie that takes a turn for the surreal thanks to Giant Drag’s Annie Hardy, who take the track over half way through with a stoner rap of such ridiculously x-rated nature I’m afraid to listen to it in public for fear of being branded a reprobate. Let’s just say it involves bears, Rod Stewart and reproductive liquids. It’s also gloriously silly, and raises what would’ve been a fairly standard three-minute riffer into something more attention grabbing.

Also, there’s a case to be made that the record as a whole is reflecting a very immediate, fleeting time-of-life, a time to ‘fall in love beneath the midnight sky’ as McBean proclaims with Springsteen-style longing on ‘Sixteen’ – there’s even a sax-solo to confirm its E Street ambitions.

Get Back is stuffed with references to teenage longing, soundtracked by expansive, nostalgic chord progressions that evoke the best bits of the Eighties, so to see it as an attempt to capture that particular time of life is probably the best way to consider this record. It’ll probably sound a lot better when it’s been beefed up and fleshed out live on stage, but on record this album does feel a little overshadowed by earlier moments of McBean’s career.