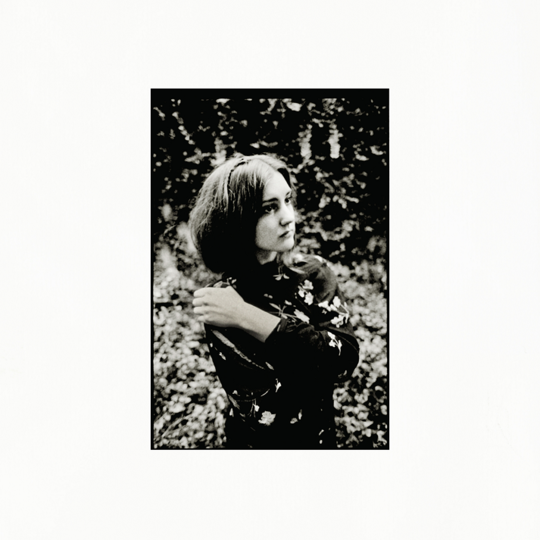 Had you asked what caused my eyes to fleetingly well, I would have blamed allergies; dust from a city closing down for the week. But in truth, it was a reaction to a first listen to Broken Twin's 'Glimpse Of A Time'. Danish songstress Majke Voss Romme's crystalline vocals overwhelmed my headphones as I waited on a bustling train station concourse; love's fragile, transient and unfairly balanced nature drawn into sharp focus with a simple melody and the line "What was I but a glimpse of a time?/In your life...In your life". Like I said... probably allergies.

If you've already heard Broken Twin, then you'll know the effect her work can have on the senses. But with a spate of prodigious Northern Europeans intent on invading our ears in 2014, it could be quite easy to overlook her as just one more in an increasing line of austere Scandinavians. And while it's true that much of her debut does gaze unflinchingly toward an infinite darkness, what makes her stand out from the crowd is the ability to imbue the most claustrophobic of tracks with a distant optimism. It's a gift that sees self-produced debut May occupy a delicate hinterland between monochrome sadness and mercurial hope, making it one of the most exquisite and haunting albums you'll hear all year.

Just how many of these 10 laments come from Voss Romme's own experience is unclear, but much of their charm lies in the sense that they're at once deeply personal, yet entirely relatable, true meanings obfuscated enough to leave you unsure as to their honesty. The plaintive lament 'If Pilots Go To Heaven' has the line "I come across the border to be where you are/I almost regret that I've come this far" which could signify the reuniting of old flames or equally represent a journey to the brink of existence. 'No Darkness' with it's allusions to better times ahead - "There will be no darkness/There will be no darkness/I will fill your space with light" - could be about the slow dawn of a new summer as much as a final reassurance before turning off life support; such is Voss Romme's grasp of the tender line between life, death, hope and sorrow.

If that sounds despairing and morose - and it's no laugh riot - what saves it from the blackest depths are Voss Romme's vocals. May's biggest revelation, they hold great vulnerability and a subtle power that has the capacity to startle. Her voice reaches the almost perfect balance between an admission of defeat and a yearning for something other on 'Sun Has Gone', the lyric; "I long for more than I can give/I find it hard to simply live" feels utterly heartfelt and imperfectly human.

'Out Of Air' - ostensibly about saying goodbye to a lover - is an exercise in tone and control. Voss Romme's radiant vocals are the lone guide, traversing a landscape of shifting emotions; from initial wounded defiance ("I refuse, I refuse to take the pain") to memories of better times ("I recall a little light in your eyes") and finally to a shattering realisation ("It's not over") - all within a few quavering breaths. Of course, these excerpts may read simply - such is Voss Romme's straightforward approach to songwriting - but it's the vast and believable feelings which, drawn from little but the lilting realisations and expectancy in her voice, that makes this a masterly performance.

Minimalist in much of its arrangement, with a distinctly lo-fi feel, May's melodies, are for the most part are constructed with little more than a stark combination of piano, strings and percussion. Mixed by Ian Caple - whose work with Tricky, Tindersticks and Kate Bush proves he knows more than a thing or two about foreboding atmospherics - renders tracks such as opener 'The Aching' with an almost lunar quality; gently plucked acoustics fluctuating across a chilling vacuum of strings. And where a less confident artist might have overworked the sound, here the choices support but never compensate for Voss Romme's vocals; matching without complicating.

Of course, it's the inventiveness in this simplicity which yields some of the album's most interesting moments. 'River Raining' using similar compositional ticks to 'The Aching' - hums with a gentle folksy guitar, which slowly warps and pitches to eerie effect, as though magnetised by Voss Romme's vocal intonations. 'Roam' and 'In Dreams' share an ominous subtlety; the former using intense waves of percussion, the latter urgent strings, both washing over an unwavering piano like storm clouds rolling in across the coast.

Never attempting to make any excuses for its lachrymosity, May embraces the darkness and finds slithers of light shattered within. And while it might be haunted by a black dog, in Broken Twin's company, it's one that you too will want to walk alongside.