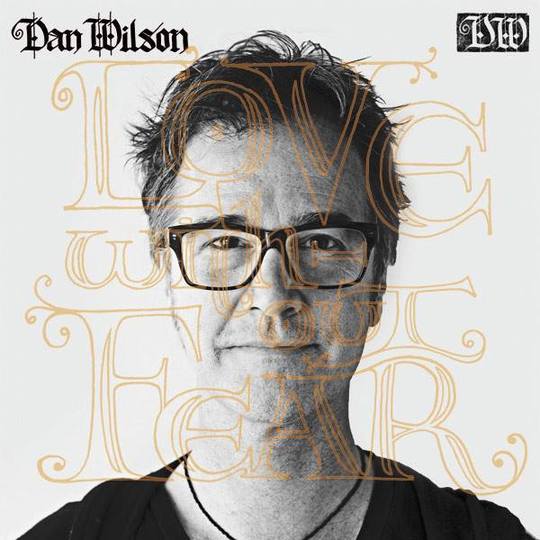 Here’s some fun facts you may or may not know about Dan Wilson. As frontman of Semisonic, he wrote their biggest hit, the instantly recognisable 'Secret Smile'. He collaborated Adele on three of her songs on 21, most notably co-writing and playing piano on mega-hit ‘Someone Like You’. That’s two incredible calling cards, and he’s also worked with artists from Jason Mraz and Taylor Swift all the way through to Rivers Cuomo. At the age of 52, Wilson has some serious songwriting experience – and that’s before you talk about his critically-acclaimed solo album Free Life.

That well-practiced art is clearly recognisable throughout Love Without Fear. For example, if this album dropped into your lap and you were told to pick out three singles for release, you’d genuinely struggle to decide. This is a record packed with potential singles, from the very first chorus to the last gentle strum of the guitar. It also wouldn’t take much imagination to envisage these songs being used on an advert or, if you will, the emotional closing monologue of an episode of Scrubs. It’s a refined style of songwriting that anybody could enjoy – so what’s the catch?

The issue with Love Without Fear is best summed up in ‘A Song Can Be About Anything’. It begins with a softly strummed guitar that gets more prominent as the track builds. Then, as the pre-chorus begins, in comes a steady bass drum, and the lyrics of “how we both met, in the strangest way, and I followed you, til you asked my name” flutter over. Then, somewhere, Wilson has a checklist of all the components and ingredients he gets into a song. It all feels very formulaic and as a listener, you’re left feeling cold.

There’s plenty of good things that you can say about Love Without Fear. The guitar playing is peerless, particularly on ‘Disappearing’ where it is accompanied with a piano. Wilson is also armed with a wonderful voice that makes you wonder why he didn’t keep his best ideas all for himself. On ‘Disappearing’, he slips effortlessly from full voice to falsetto at different intervals. The female backing vocalist on the same track adds beautiful harmonies to the formula and the end product is a genuine achievement. But there’s that word again, formula, and for listeners who look for something different from their music, or something with a little more depth, it’s an issue that can’t be overlooked.

Where you stand on Love Without Fear completely depends on what you’re looking for from music. If you want an album that is easily digested, doesn’t require much thought or attention, but still ticks all the right boxes in terms of beautiful guitar playing and vocal work, then it’s the one for you. Well into middle age, with millions of records sold, Dan Wilson doesn’t need to reinvent the wheel to shift some units. But it doesn’t bring anything new to the table and indeed, doesn’t even try to. If it came out a month earlier, it would’ve been the perfect gift for Mother’s Day. As it is, I can’t see myself revisiting the album.

The Afghan Whigs, Do to the Beast