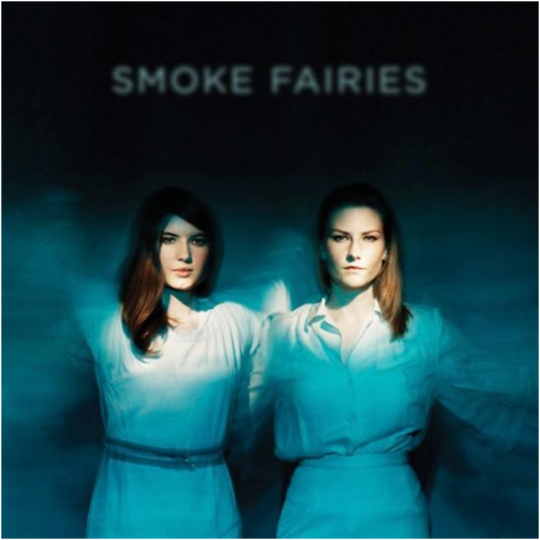 The self-titled fourth full length from Smoke Fairies, and their first for Full Time Hobby, is a step forward for the duo, and a decided shift in aesthetic. A band once known for their folk and blues references, Katherine Blamire and Jessica Davies have made these points more vague than in their earlier work. What they have instead is something more atmospheric, and decidedly lacking in any and all kinds of twang. In other words: a lot more keyboards and noticeably less guitar. There is even some light electronic programming on 'Koto'. As they grow away from those confines, their work needs to be approached differently.

Subtlety in the arrangements is a key component of this less folky sound, though the vocals are still foregrounded above all other components of the song. While that might be more in keeping with the folk style that their work previously inhabited, it’s less suitable to their latest, more ambitious compositions. On these songs, their smokier, earthier vocals work better than their higher register.

Some of the songs, such as 'Your Own Silent Movie', are crying out for a remix to liven them up. With so much emphasis on the main vocals in every song, the instrumentation and backing vocals are often muted to the point of being lost. When songs like album closer 'Are You Crazy?' start off with that subtlety and build to something bold and dramatic, it becomes apparent that all the components could be heard without sounding cluttered.

There is a core of really brilliant songs that don’t shine through immediately. You have to get past the folksy -- but not quite folk -- charm of opener 'We’ve Seen Birds' if you want to get to the punch of 'Want It Forever'. It’s expected that there will be some growing pains for any band that attempts to move forward with their work in bold ways. The obvious development from Smoke Fairies and the duo’s previous works shows that this album is about progress, and not just trying something new for the sake of it. It's far from perfect, but Smoke Fairies can be viewed as a record that speak of future potential, rather than wasted potential.