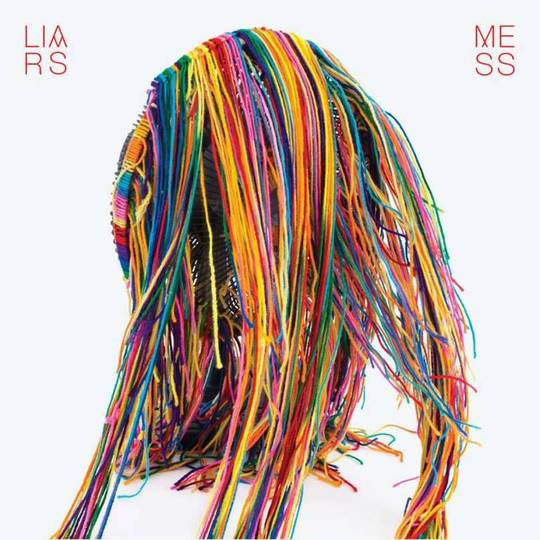 Liars have yet to take over the world, or even headline Brixton Academy, which is kind of absurd – I’ve never heard a bad word said against them, they bash out a critically acclaimed album every two years like clockwork, they get a decent amount of press, they're perennially hip, in Drum's Not Dead they have a Bona Fide Modern Indie Classic to their name, and for all their moments of glorious atonality, anybody who says they don’t possess bangers is a fool.

For all that, their popularity has stubbornly remained on the large side of culty. Their constant shifts in musical direction must surely be partly of it, resulting in something of a one-in-one-out policy for fans, whereby the New Rock Revolution hipsters who dug They Threw Us All In a Trench and Stuck a Monument On Top were terrified by They Were Wrong, So We Drowned, the Drum's Not Dead crowd were freaked out by the snarling rock of Liars, and so on and so forth.

My more convoluted theory is that people don’t form the emotional attachment to Liars that they form with other bands, for the simple reason that Liars have no interest in forming an emotional attachment with them. That’s not to say that Liars aren’t nice chaps – they’re lovely! – but that each record is so hermetically sealed from both the rest of the band's catalogue and from any possible consideration of the an audience that the band has effectively muted the culmulative impact of its own work.

Seventh set Mess illustrates this perfectly. Being a Liars album, it is magnificent. But it could not give less of a shit about the fact you think that. This is rammed home by the fact that it is, in theory, Liars’ ‘dance’ record, a thing of pounding beats and pulsing electronic rhythms. With most dance music, though, you feel the makers considered your feelings – they usually want to make you dance, sometimes they want you to chill out, sometimes freak out. Mess doesn't care about any of that - it's simply great, primal slabs of electronic sound hewn into towering constructs that exist for no other purpose than to be Liars songs.

“They built a fax machine” growls Angus Andrew on standout track ‘Pro Anti Anti’, a monolith of buzzing synth breakdowns and thick, warlike beats. I literally don’t have the first clue what he’s talking about. I can’t even make out the next line. And it is awesome in the literal sense, like stumbling upon some forgotten tribe performing an ancient, bloody rite in the middle of a forgotten forest, unheeding of your presence.

“Use my socks, smell my socks” declares a robotic voice on opener ‘Mask Maker’, which shooms in on waves of limpid pulses… you never gets the impression it’s supposed to be funny, you never get the impression that the repetitive beats were actually put there to be danced to… Liars have simply co-opted the electronic formula to make a song about… fuck knows what, but it sounds amazing. ‘Vox Tuned to D.E.D.’ is a muscular, precise glitch and rumble, thick, slow and relentless, the electronics an atmospheric backdrop, a pulpit for Andrew’s bassy rumble, from which he roars lines like “I’m not a teacher, I can’t explain the reasons why” as if they were dark prophecies.

Where the beat speeds up, you can dance to it – the glitchy ‘I’m No Good’ is pretty pumping, if you ignore the caffeinated synth buzz that underpins it, and the panic in Andrew's voice. ‘Mess on a Mission’ is technical, spacious, thoughtful, before that yelped “amessonamission” rips into it with a hilarious pogo-friendly chorus.

What’s striking about Mess is how the same building blocks are used to make all the songs – the beats advance at the same sub-dancefloor tempo, almost tribal tempo; the same low-pitched buzzes and bleeps and glitches are reassembled in different forms; the same sort of high pitched drifts of backing vocals are there again and again, Andrew often deploys substantially the same vocal cadence. And they all throb with the same brooding power – a cold, exhilarating wash, more potent and less vulnerable than Sisterworld or WIXIW. The homogeneity of sound is fascinating and oppressive and inscrutable, a brooding cosmic puzzle that Liars keep rearranging to new effects and opaque ends. When a shower of plucked, metallic strings cut mellifluously into closer ‘Left Speaker Blown’ it’s the first completely new sound we’ve heard in well over 30 minutes, and dazzling for it, a small sonic coup.

Broodingly singular dance music/not dance music, it’s another fine album from Liars. Of course it is. And in a couple of years the Mess Liars will be dead and they’ll have reincarnated in a new form. The music will march on, unsentimental, and we'll move on too. But for now, we have Mess, and it is fantastic.