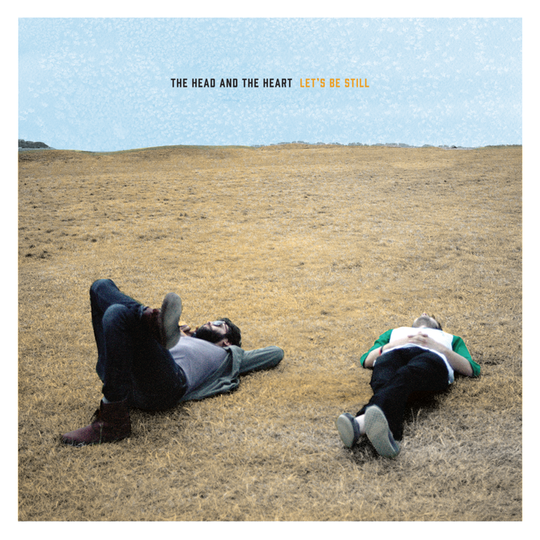 It’s easy to be cynical about The Head and the Heart: on the face of it their folk-tinged brand of soft rock. With no end of rousing choruses, it sits comfortably alongside the likes of The Lumineers, Of Monsters and Men and - whisper it - Mumford and Sons. Scratch the surface, though, and it’s quickly apparent that, rightly or wrongly, the Seattle outfit seem to have a touch more credibility than most of their contemporaries.

First off, in the US they’re signed to their local independent label, which happens to be the legendary Sub Pop. Second record Let’s Be Still landed stateside last October; its delayed release on these shores seems fitting for a band who, despite making music that positively drips with commercial potential in the current climate, seem to be playing catch up outside of their homeland. After all, The Lumineers turned up over here with just the one, half-baked ‘anthem’ to their name and managed to land some high-profile festival slots on the back of it; kudos is due to their booking agent, who’s surely vying with whoever got Eagulls their Letterman gig for the biggest overachiever of the past 12 months.

Debut album The Head and the Heart was a pretty predictable effort; acoustic guitars, melodic piano, and a lyrical preoccupation with “whiskey rivers” and “singin’ hallelujah” that you suspect is the American equivalent of tweed blazers and flat caps as far as cliched attempts at portraying authenticity are concerned. The songs were quite deliberately engineered so as to lend themselves to extended live versions, with soaring harmonies and mass singalongs, but there was some genuine delicacy to the likes of ‘Winter Song’ and ‘Heaven Go Easy on Me’ that succeeded in channeling some of the understated atmosphere of the band’s Pacific Northwest home.

There’s not much in the way of evolution on Let’s Be Still. Lead single ‘Shake’ hinted at subtle progressions, with a wandering bassline and snatches of electric guitar, and it’s ultimately a fair reflection on a record that’s added the odd flourish to the original formula, but largely stayed faithful to it. Hirsuite frontman Jonathan Russell takes on the lion’s share of the lead vocals, although there’s backing contributions in abundance from violinist Charity Rose Thielen as well as Josiah Johnson, who was clearly never going to become anything other than a soft-folk musician with a name like that. Opener ‘Homecoming Heroes’ feels like a false start; there’s opportunity for harmonisation that isn’t capitalised upon, and some nice, if forgettable, interplay between violin and piano is undermined by a liberal sprinkling of the dark lord Mumford’s weapon of choice - the banjo.

‘Another Story’ does a much better job of beginning to move through the gears, and echoes the last record’s choice cuts in managing to be emotive without melodrama. Lyrically, it’s throwaway - “the sun still rises, even through the rain” - but there’s a lovely ebb and flow to the melody, with some dainty strings a neat complement.

Thielen moves front and centre on ‘Summertime’ and ‘These Days Are Numbered’; the former experiments with synth sounds in a perfectly passable stab at branching out into Tango in the Night-style pop territory, whilst the latter’s an acoustic ballad, complete with a harmonica solo that you can see coming from about 4,000 miles away. She’s a blatant subscriber to the Florence Welch school of thought as far as conveying emotion goes - if in doubt, shout. That’s a shame, given that her husky impression of Joanna Newsom’s older sister is otherwise one of her band’s strongest suits, save for the occasional over-enunciation of her rootsy twang.

Probably the record’s biggest fault is its completely gratuitous running time; it clocks in at just shy of an hour, and there just isn’t enough variation upon the standard template to justify it. There’s some noodling guitar on ‘Fire/Fear’, and ‘My Friends’ is a rare nod to the bouncier side of their debut, but by this point you’re already well into the album’s second act, and everything’s long since begun to sound pretty one-track. ‘10,000 Weight in Gold’ sums up the whole of Let’s Be Still pretty neatly; it’s compositionally sound, lyrically slight, perfectly pleasant - but ultimately unremarkable.

There’s still something unshakably likable about The Head and the Heart; they don’t give off the same air of charlatanism that’s so obvious in plenty of their peers. When they get it right, you find yourself rooting for them - ‘Gone’, in particular, provides a suitably stirring closer - and they deserve credit for exercising restraint on a record that could very easily have seen them turn the festival-singalong dial up to 11. On Let’s Be Still, they sporadically do a good job of nagging at the heart, but fail to convince the head that this hasn’t been done better elsewhere, plenty of times before.