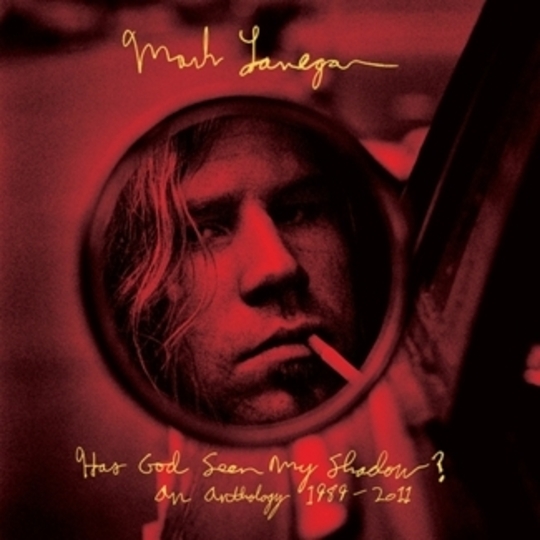 The problem for a perpetual collaborator is that you can often be known more for who you’ve worked with than for your own creations. That’s certainly the case for Mark Lanegan, who is often referred to as a part of Queens of the Stone Age or the Lee Hazlewood to Isobel Campbell’s Nancy Sinatra, despite a long and illustrious solo career and as the main creative force behind grunge perennials Screaming Trees.

Perhaps one reason why Lanegan hasn’t scored more of the spotlight is because, whether it’s his own song or someone else’s, he effectively does the same thing – turn up and unleash that dark, brooding scratch of a voice. Want a gruff bit of gravitas but Tom Waits isn’t returning your calls? Give Lanegan a shout.

Thankfully, Has God Seen My Shadow? has been compiled in order to shine a brighter light on someone that has all too often skulked in the shadows. One half of this retrospective covers Lanegan’s six solo albums from 1990’s The Winding Sheet to 2004’s Bubblegum, while the second offers up a clutch of rare and unreleased tracks.

The first disc cherry picks from across those solo albums, seemingly without any rhyme or reason, but repeated listens soon revealed a remarkable consistency that Lanegan has shown across his career. Only ‘Wild Flowers’ from that 1990 debut seems to come from a different place to the rest – it’s got a falsetto chorus for goodness-sake – while the other 19 tracks are all coated in that thick, timeless vocals and an assured, stripped-back production, even as they dabble in various musical styles. All the greats of music took a while to find their voice or have made a few misguided musical sidesteps over the years, but this compilation makes Lanegan sound remarkably assured. Starting with the most recent tracks, it traces back through those six solo LPs to highlight the thematic threads that run throughout – a stately, funereal pace, a world seen from the bottom of a whisky glass, and that ever-present, commanding voice.

It’s difficult to pick highlights as much will come down to personal preference, but the slowly unfurling ‘One Hundred Days’, ‘Pill Hill Serenade’s country-noir, the aching rumble that builds underneath ‘Resurrection Song’, and PJ Harvey’s beguiling duet on ‘Come To Me’ should immediately be forced upon the ears of anyone who isn’t familiar with Lanegan’s work. Especially if you want to emphasise how much he’s given to QOTSA alongside his vocals – Josh Homme’s particular take on rock classicism bears a clear debt to Lanegan’s own explorations.

One criticism is that he staggers close to self-parody sometimes (on ‘One Way Street’ he boasts that he’s "drunk so much sour whiskey" he can hardly see), but he’s no better or worse than many people in this world. He’s lived the life he sings about - criticising him for banging on about it is like accusing a particularly rich and peaty whisky of being too rich and peaty. There’s a lot of references to cryin’, drinkin’, and women that have gone done him wrong, but you don’t come to Mark Lanegan to hear ‘Get Lucky’. (Note to self: I would love to hear Mark Lanegan covering ‘Get Lucky’).

Of course, there’s often a dark line of humour flowing beneath Lanegan’s murky depths, but that only cracks into a full smile on one track here, the live version of the classic ‘Blues Run the Game’, and that’s only after an effects pedal goes haywire. The rest of the unreleased material treads a familiar path – unsurprisingly there’s no wild swerves into dancefloor fillers – but it does at least peel away some layers from the studio versions you might be familiar with. A clear demo version of ‘Following the Rain’ and the incredibly sparse ‘Grey Goes Black’ underline the power that just a voice and guitar can hold; ‘Big White Cloud’ is a strangely anthemic slice of soul; ‘A Song While Waiting’ shows a softer, more psychedelic side to Lanegan that doesn't get heard too often.

While there are no clear essentials in this rarities disc, it's an interesting addition to what might be more familiar material in the main bulk of the collection. If you’re already a Lanegan obsessive, Has God Seen My Shadow?might not be for you, although the lavish presentation of the physical release sounds like it might be tempting. For those that have always been intrigued by this shadowy sideman and want to learn more, or for anyone with a love of dark, poetic songwriting, this anthology is easily the best overview of his solo work around.