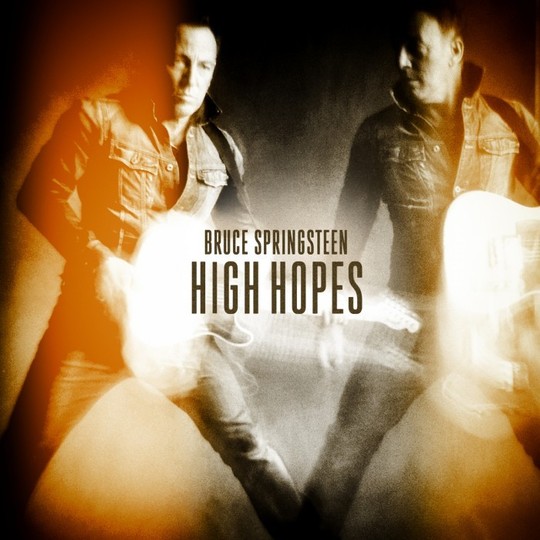 By rights High Hopes should equal low expectations for Bruce Springsteen – however you dress it up, his eighteenth studio album is an odds’n’sods collection, and the graveyard mid-Jan release suggests his label sees it that way too. But actually this mix of material recorded on the fly last year plus other general stuff The Boss had knocking around feels liberated by the fact it clearly wasn’t conceptualised or recorded as an album.

High Hopes is not going to shock anyone, but it is Springsteen's most vital-sounding set since The Seeger Sessions. And it’s probably not a coincidence that it marks the biggest departure from his standard modus operandi since that record – it’s substantially free of regular producer Brendan O’Brian; with three covers, it’s even partially free of Bruce’s own songwriting; it introduces the (very) erstwhile Rage Against the Machine axeman Tom Morello as a collaborator to surprisingly strong effect (a bunch of the songs were recorded during a week off on last year’s Wrecking Ball tour, when Morello was standing in as lead E Street Band guitarist); and conversely it gains a populist, fan friendly edge by revisiting a clutch of Springsteen’s most beloved ‘recent’ songs.

There’s not really a unifying musical vibe, but the most prominent one is a sort of spectral elegance: ‘Harry’s Place’ is a creepy narrative about a shadowy barman that pulses and shrieks on breakwaters of muted feedback ; ‘American Skin (41 Shots)’ see the controversial 2001 song reworked into a droning gorgeous, post-Trayvon Martin hymnal; ‘Down in the Hole’ adds foreboding industrial clanking to a delicately despairing Appalachian-style ballad; ‘Dream Baby Dream’ gives a much deserved full release to the transcendently lovely Suicide cover that closed every show on the Devils & Dust solo tour. Lyrically, it follows Nebraska and The Ghost of Tom Joad as a record that deals with American lives on the edge – something underscored by the thunderous and mostly thrilling revamp of ‘Tom Joad’ itself. But it seesaws between dark and light a lot more than those records – the jaunty ‘Frankie Fell in Love’ and expansive folk of ‘This is Your Sword’ revel in the celebration of good times and small things in a way vaguely reminiscent of The River’s more upbeat moments.

Does it all gel together? I mean, kind of not – the opening title track, a Tim Scott McConnell cover that the E Street Band had recorded once before in 1995, captures all the rolling, horn-drenched euphoria of the Wrecking Ball tour, but completely fails to set the tone for the dark, dreamy stuff that immediately follows; ’41 Shots’ and ‘Tom Joad’ have more in common politically with the Wrecking Ball material they were resurrected to be played with than the songs that surround them here; if Morello is actually fairly restrained with the pyrotechnics, it is nonetheless blindingly obvious which tracks he did play on and which he didn’t.

But there’s something about High Hopes’ slight incoherence that actually stands to its advantage – it’s a less homogenous, polished whole than Magic or The Rising and a fresher, more arresting listen. The songwriting is consistently strong – stronger, I'd say, than the erratic Wrecking Ball. And I guess, maybe, it’s just kind of a cool record – the man covers Suicide, cuts it at dream-pop, covers his own hippest material, continues to write about working class lives with the elegant poetry 'our' generation of musicians can't quite muster. He’s a bit more rock than usual, a bit more rough than usual, he gives a bit less of a shit than usual – it’s hipster Bruce, un-MOR Bruce, Bruce as a lot of his younger fans want him to sound, and while I’m sure that wasn’t the intent, I’d hope he’d take the compliment.