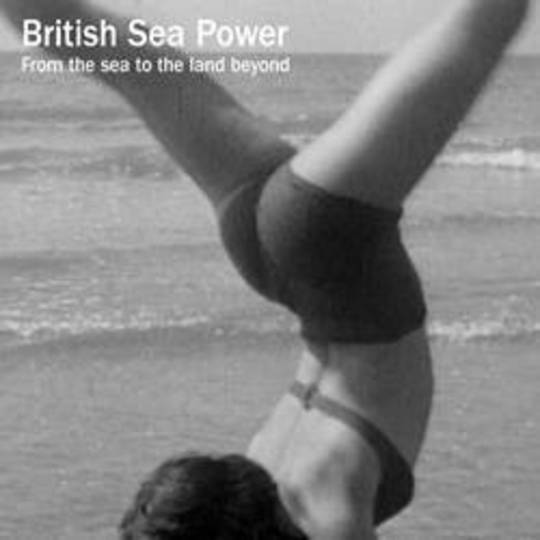 ‘No man is an island, entire of its self’. It’s a platitude that comes to mind in two respects in regards to Penny Woolcock’s feted film From the Sea to the Land Beyond and the atmospheric British Sea Power score that soundtracks it: firstly there’s the definition of Britishness as island-ness, but also a sense of community and togetherness, united through physical geography. It’s this second aspect particularly that weaves itself through the Brighton sextet’s collaboration with Woolcock to chronicle over a 100 years of Britain and Britons’s fascination with the sea through archive BFI footage.

Taking their cues from the nostalgia-tinged visuals, British Sea Power’s largely (but not solely) instrumental score is a weighty slab of almost symphonic post-rock. Like the crashing waves on screen, the score ebbs and flows, masterfully narrating through song the tumult of twentieth-century-Britain.

It begins quietly enough, with slow minor-key piano slowly raising the curtain before mournful brass begins to bubble and strings are set a-wailing. "It makes you wonder why you're here / and why you feel so strangely weird," intones singer Jan Scott Wilkinson in a soft confessional tenor, "Cause we're not going home, and me I'm not alone / No we're not going home, from the sea to the land beyond". The heat is then turned up, with high choral vocals soaring over the weighty, if wisely restrained motif that makes its first of many appearances throughout the score.

From then it’s out of the harbor into the open water of the work. ‘Remarkable Diving Feat’ quickly follows, a brisk instrumental march which bears more than a passing resemblance to 2007 single ‘Waving Flags’, albeit with a more cerebral and meditative feel. ‘The Guillemot Girls’ and ‘Heatwave’ are two more early highlights, woozy slow-dancers that evoke long-lost pier dances and coastal walks.

It’s not all tuneful, cozy good-times nostalgia though. ‘Suffragette Riots’ depicts the darker side of the twentieth century and oppression in all its guises, all determined methodical melodies and battering-ram percussion, while despite its title ‘Melancholy of the Boot’ is less concerned with contemplative reveries and more with ear-splitting noise and flat out aggression, soundtracking as it does the destruction and horrors of the Second World War.

Though as an album on its own From the Sea… is up there with the best of British Sea Power’s work. It really comes into its when coupled with the wonderful visuals so painstakingly pieced together by Penny Woolcock. Fortunate, then, that CD and LP releases of the also feature the film in DVD format.

From the Sea to the Land Beyond sees British Sea Power operating on a different level. A wonderful hymn to the island we call home.