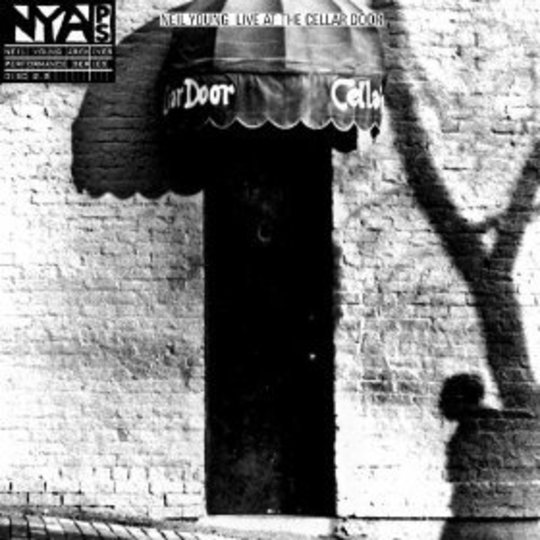 The winter of 1970 was a time of real transition for Neil Young. In the summer he’d released After the Gold Rush, which had been a hit but was received poorly by critics. Just before that he’d gone through the (first) split of Crosby, Stills, Nash & Young – who wouldn’t be seen in that formation again for another four years. Now he had his sights set on a solo December run at New York’s Carnegie Hall and so, by way of a warm-up, at the end of November he set himself up a three night, six-set-stand at Washington’s Cellar Door club where he played songs old and new to crowds of less than 200 appreciative listeners.

By this point in his career Young had already achieved enormous success – despite being only 25 years old he’d already 'invented' country rock, had had a huge hit with Buffalo Springfield with ‘For What It’s Worth’, formed the enduring Crazy Horse to record his solo material, and joined the aforementioned CSN&Y during the height of their powers.

Here we find Young alone with a guitar, occasionally a piano, a world away from the storm of fame, or perhaps more in the eye of it, calm, almost definitely stoned and at times with a much older head on his shoulders than you could think plausible.

Naturally it’s heavy on After the Gold Rush material with ‘Tell Me Why’s arpeggio guitar and coyote croon kicking the night off, followed by the simple, elemental ‘Only Love Can Break Your Heart’. As he announces the latter as being “…from my new album” it’s hard to comprehend that something so ingrained in the songwriting psyche, something that sounds channeled rather than written, was once just a track on a guy’s new record – a jarring reminder that classics, however heavenly, were at one point, y’know, just a song.

When Young flits first to the piano for the title track of Gold Rush, it’s another case of the sublime – a symbiotic meeting of music and lyrics, that deeply personal falsetto whisper, so melancholic; that obtusely emotive line “There was a band playing in my head and I felt like getting high / I was thinking about what a friend had said, I was hoping it was a lie”; the ‘of course’ match-up of title and song.

This is, then, like much of what’s been released so far charting the early years of Young’s live career, Sugar Mountain: Live at Canterbury House being the finest example, all about the songs, subtly played solo, their strength teased out through the directness, the nakedness of a still-naïve Young’s performance. This was a time when Young’s lyrics were still largely pastoral, often a world away from the archness of his Eighties work, further still from the political specificity of his work in the mid-Noughties. Young was still very much into getting high, still into flights of the mind.

This notion of flight is sewn deep into songs like the Buffalo Springfield beauty ‘Expecting to Fly’, here made great with declamatory piano strikes as Young cries “Now you know I tried, babe” – the sound of a heartstring being severed. We soar again on ‘Birds’, where Young talks about how he’ll “Fly away without you”, the song reaching its emotional climax with the understated shudder/shrug “It’s over”. It’s pure, quiet and still as a mountain.

Closer ‘Flying On the Ground Is Wrong’, again from the Buffalo days, and introduced as “a very old song… about dope… mostly just grass”, the idea of flight as drug experience is made most explicit here. The piano phrase foreshadows the guitar figure of ‘Harvest Moon’ by about 30 years and the lyrics of loss and departure, of difference and divide are near perfection – “You’re from my side of town / And I’ll miss you”.

Elsewhere an extremely rare piano version of ‘Cinammon Girl’ is awkward, hesitant and generally not a brilliant idea but works as a curio, for sure. Also in the box marked ‘curios’ comes ‘Bad Fog of Loneliness’ which remained unreleased until the Archives set but there’s no real need for it again here, so slight it is – the inclusion of both leading the listener down the narrow corridor marked ‘Completists Only’.

After a stunning ‘Down By The River’, though, Young giggles “You’d laugh too if you did this for a living”, a terse, humorous acknowledgement of the whirlwind going on in his career at the time, and an outstanding debut outing for Harvest’s ‘Old Man’ seals the deal for Live At The Cellar Door as yet another essential Neil Young release – a million miles away from the unsatisfactory Unplugged in terms of acoustic performance but another great satellite companion to the definitive, abrasive Arc Weldin terms of exploring the world of Neil Young live performance.

There would be dozens more transitions for Young in a career that continues to be almost as vital and interesting today as it was at his commercial peak – these unearthed treasures are simply another signifier of his uniqueness. Live At The Cellar Door is a treasure chest that holds the glowing embers of a brilliant, already burgeoning career.