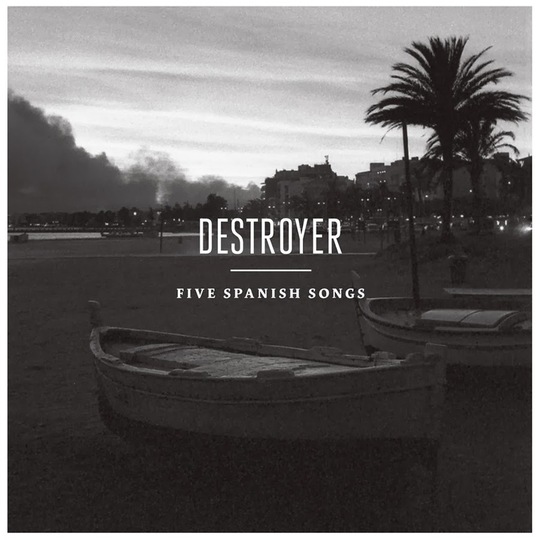 Dan Bejar has never been a predictable man. A serial genre-chameleon, under his Destroyer guise, he has churned out everything from acoustic indie to ambient experimental electronica. And after the British accented, “Sounds, Smash Hits, Melody Maker” name-dropping of Eighties soft rock homage Kaputt, it’s no surprise to see Bejar don another genre, persona, and even a new language. All of the tracks on Five Spanish Songs are Sr. Chinarro songs originally, but instantly everything from the production, sheer pop hooks, and tongue-in-cheek vocals shouts Destroyer. That’s not say the pose isn’t convincing – with such an authentic accent, this could easily be a Castilian imposing his lyrics into Destroyer compositions.

Elsewhere, ‘Babieca’ continues the lounge funk, bringing Chic guitar stabs and overwrought flourishes to pattering finger percussion. Over a silky smooth chorus, Bejar relates Chinarro’s story of El Cid, a medieval Spanish warrior, and much immortalised folk hero. It’s a gentle caress of a song, cleverly combining Destroyer’s trademarks with a traditional Spanish narrative. Those of you who don’t speak Spanish, be warned – bogus attempts at singing along are guaranteed. ‘El Rito’, a song about the San Juan Saint’s day, brings a bizarrely Britpop sound, with a riff straight off Different Class, held together by a folk-stomp backbone: whatever the language, this would catch your attention; as the chorus insists, “Bailarà! Saltarà!” (You will dance! You will jump!). Additionally, there’s evocative love song ‘Del Monton’ (“I looked at the castle and believed Franz Kafka, and I wrote a song that ended in a tavern…”) and ‘Bye Bye’, a Chinarro classic that comes to evoke Bright Eyes in Bejar’s hands.

By transplanting his work into another language, and into songs written by somebody else, Bejar takes the oblique lyrics and “I write poetry for myself” Kaputt-approach even further, as many won’t understand a word. But it’s a good test, and one that highlights Destroyer’s sheer musicianship. Regardless of their supporting tropes, the songs prove themselves consistently memorable and enjoyable. It’s another home run for Bejar – an all-too-short taster that will leave you dreaming of Spain’s mountains and deserts, and longing for more.

Via The Hype Machine.