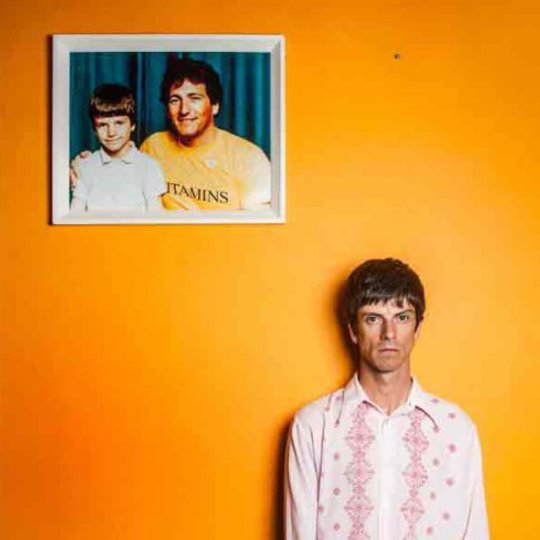 Second homes in the country, cybersex, serial killers, marital strife and the A-roads of provincial Britain – it might sound like the concerns of the average Daily Mail reader, but it is in fact the contents of the latest LP from Euros Childs. Situation Comedy is the ninth solo album from the former Gorky’s Zygotic Mynci leader, alongside his work in side projects such as the well-received Jonny, a frightening return over the same number of years.

Far from showing a man running low on ideas, Situation Comedy instead finds Childs taking on the perspective of a series of characters through his songs in order to explore new ground, dissecting a particular type of Britain over the course of 11 deceptively jaunty tracks.

Some of the characters created here are more fully formed than others – ‘Second Home Blues’ skewers the first world problem of countryside blighters with such pinpoint accuracy you get the impression that Childs has to suffer such fools on a regular basis, while ‘Ooh La Oona’ takes a traditional love song and turns it in a much creepier direction, whilst still carrying the type of chorus that’ll burrow its way into your brain and refuse to leave for days. However, the self-consciously strange vocals and nagging rhythm of ‘Bride In The Bath’ or the faux-country of ‘Daddy’s Girl’ can seem a little style-over-substance once their initial impression wears off.

Musically, appreciation of Situation Comedy will depend on how much you can stomach a bouncing piano rhythm, a double entendre and a whimsical Welsh vocal – over the course of the record, it can be a bit too much Divine Comedy-lite at times, especially if you’re a fan of Childs from the days of Gorky’s, where swoops into clashing musical directions in the space of one song came as standard.

Thankfully, there are some diversions from the main path, with the blissful pastoral vibes of ‘Holiday from Myself’ being the standout. Elsewhere, the flute-led jangle of ‘Tina Said’ offers some Belle & Sebastian-style loveliness, while the album’s closer ‘Trick Of The Mind’ offers a truly epic 13-minute odyssey of building pianos and ominous chords before sailing away in a harmonious cloud of Welsh psychedelia.

Interestingly, it’s these more musically diverse tracks where Childs seems to be offering more of himself in the songs, rather than a character that he’s decided to wear for the length of the song. Of course, what’s truly him and what’s a character in any of his songs can never be known by anyone except the man himself, and the idea of taking on other personas does work to an extent on this album. It’s definitely worth considering how you’d normally react to such narrative playfulness though, before venturing too far in.