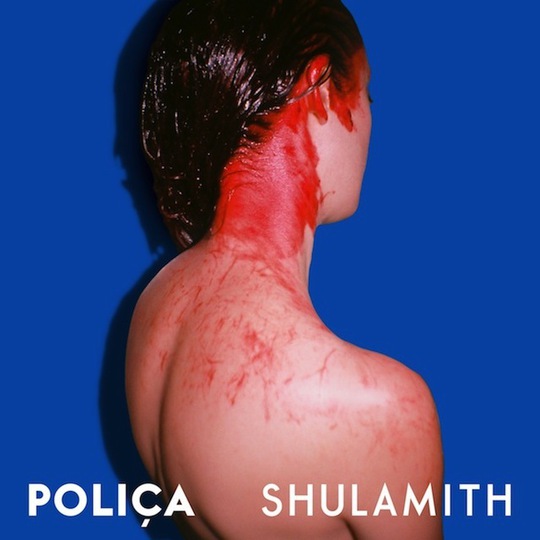 Poliça’s debut album Give You The Ghost was a truly singular record. On paper, it could scan as if they were pandering to gimmickry. Two drummers has the vague ring of needless decadence. The way in which Channy’s vocal was smothered in auto-tune could have played out as hipster contrarianism. But in reality, it was one of the most thrilling and alive records of the year: flooding colour into the liminal spaces between its instruments, and finding the humanity in overwrought electronic manipulation.

Coming just a year after such a bold opening statement, follow-up Shulamith was always going to struggle to make the soufflé rise twice, especially since one of the debut’s strengths was its startlingly well-formed uniqueness. And indeed, while this second collection of tracks has much to admire in common with its original, it ultimately feels the chill of an inevitable case of slightly diminishing returns, and a self-conscious need to expand beyond the parameters of the debut.

Opening track and lead single ‘Chain My Name’ does a lot to announce a distance between this record and the songs of the debut. Oddly up-tempo and stuffed with texture, the song moves with a sense of frantic urgency which we never heard on the material of the debut – songs which sprawled out over four minutes with a languid nonchalance. These songs are a lot busier, sport some more conventional arrangements, and have a lot more surface level energy to them.

But that’s not to say that Poliça have pushed towards populism. In many respects, these songs demand a lot more patience of their listener than those which made up Give You The Ghost. Although there was a great deal of space to those songs, the choruses always seared through the emptiness with ferocity. Here, the vocal lines are far less sharply defined, with the hooks working a lot less hard for their listener. More broadly, the overall structures are perfectly happy to trail off into indulgence, trusting the overall aura of the album to bring us along with them – frequently taking time to closely examine something as small as a single arpeggio, and stretch it to the end of its potential.

It feels like Poliça drew more vivid pictures with fewer brushstrokes on their debut; using the sparser arrangements and uniformity of sound to pull you into the powerful, emotional centres of those songs. The attempts at sonic expansion on Shulamith move between the poles of upbeat ‘Chain My Name’ to the cloying menace of ‘Very Cruel’ but fails to create the completely immersive atmosphere of the debut. There are plenty of strengths to Shulamith, not least that it chiefly shares its blueprints with its spellbinding debut. But in expanding its horizons, it dents the assured sense of identity which made Give You the Ghost so utterly enrapturing, and reverses the dichotomy of maximalist-emotion alongside minimalist-music.