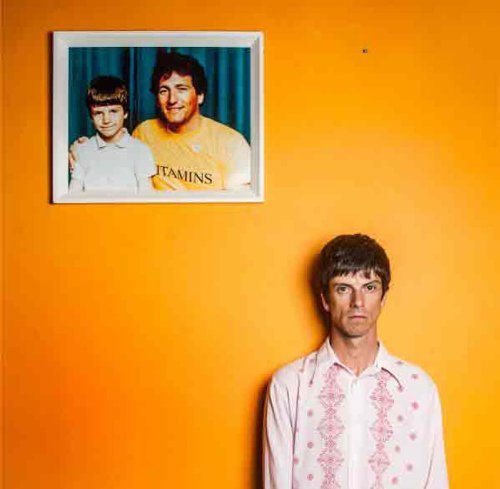 Appreciation of Situation Comedy will depend on how much you can stomach a bouncing piano rhythm, a double entendre and a whimsical Welsh vocal.»

New album from the ever prolific Euros Childs following on from his Summer Special album last year on his own National Elf label. This isn't a million miles away from its pop predecessor - it has its fair share of sing-a-long-choruses - but this time the subject matter is much darker. On this one the former Gorky's Zygotic Mynci frontman tackles such topics as: second home ownership (Second Home Blues), serial killer envy (Brides In The Bath), depressed cosmetic saleswomen (Avon Lady) the commodification of the self through the medium of advertising (Ooh La Oona), depressed singer songwriters (Holiday From Myself) Kidnapping (Daddy's Girl) and cyber sex (Good Time Baby). Naturally. Each song is a short story , told though the voice of a different character. The album was recorded in Bristol at Toybox studios with Stephen Black aka Sweet Baboo on bass and brass, Laura J Martin on flute, Stuart Kidd on drums and Marco Rea on guitar, a line up that had never played before going into the studio so the backing tracks were recorded live. Euros sites the following influences on this album, but does not promise they will be evident listening to the record. Randy Newman, John Prine, Dick Clement and Ian La Frenais, Godley and Creme / 10CC (well alright), Judee Sill, Penguin Cafe Orchestra, The Roches, Barbara Woodhouse and Bert Jansch
description from www.roughtrade.com