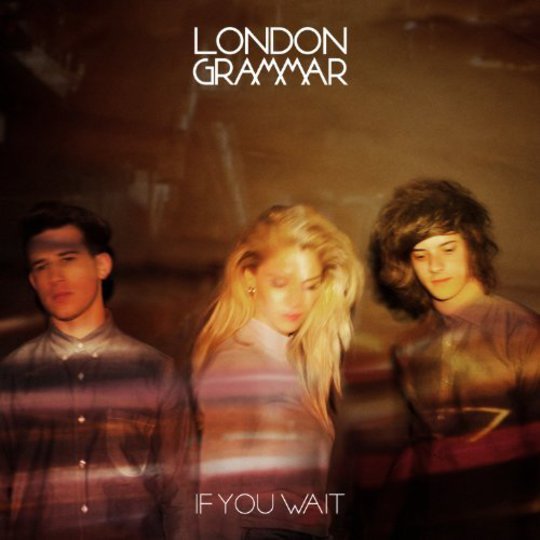 After posting their debut single 'Hey Now' online last December, Hannah Reid, Dot Major and Dan Rothman have been on a sharp ascent. They've further established their brand of dancefloor skirting laments ('Metal and Dust'), played festivals and sold-out live shows, and collaborated with Disclosure on one of Settle's standout tracks ('Help Me Lose My Mind').

The ensuing scramble to praise or criticise them has seen their music compared to a raft of esteemed artists - both past and present, obvious and coincidental. So much so, that it seems if you want an easy shorthand for London Grammar's sound, the best approach is to avoid describing who they are and instead describe who they aren't.

While in many respects this seems flattering, it brings along its own set of burdens, especially if they want escape the tag of forever being the next, insert revered musical touchstone here. Leaving their full length debut to walk a fine line of heightened expectation, between living up to an early promise and establishing something that is uniquely their own.

Luckily, If You Wait does just that, building on their existing sound, to create a magnificent, downbeat, modern British pop record.

If you've heard their singles then much of If You Wait may feel expected, but that's not to say it's without surprise; rather, it's more concerned with expansion of what's already been established than wild experimentation. Gently pushing out the edges of their acoustics on tracks like 'Interlude (live)', which sustains a fragile marriage between glacial piano lines and tightly measured percussion, or 'Flickers' which hums with hand beaten rhythms and quivering reverb. The sonic embers of both, igniting in bated crescendos, which briefly expose their subtle intricacies, before dying back to a distant glow.

Major and Rothman deftly balance their sound somewhere between the immediate and the restrained, feeling vital but rarely obtrusive. Whether that's in the faltering pianos, taut guitars and shuddering breaks of 'Stay Awake', the indistinct throbs of 'Strong' or the brittle, sharply-plucked atmospherics of 'Shyer', each track is coated in a carefully honed gossamer mist that serves to suspends Reid's forlorn vocals at their centre.

The searing beauty in Reid's voice is a counterpoint, not only to this understated soundtracking, but also to her shattering lyrics, which concern themselves with the emotional rollercoaster of youth. Most evocative on tracks like "Wasting My Young Years" where she gently intones, "Don't you know that it's only fear/I wouldn't worry, you have all your life/I've heard it takes some time to get it right". Her emotive lyrics a tender encapsulation of that moment you first realised relationships could crumble, romances could die and yearning could give way to loneliness.

Reid's vocal has an unabashed folky edge to it, which she exerts with a masterly control that allows her to dominate songs but never overpower them. So she can sound radiant and defiant one moment as she breathlessly questions, "What are you afraid of?/Making it better?" on 'Sights', or wounded and ominous as she threatens to "Tell us something you don't want to hear", amongst the gloomy breakbeats of "Nightcall". A talent, which could arguably be distilled to its essence on the title track "If You Wait", where her voice acts as a beacon to guide you safely through a sparse emotional landscape in one breath: "Can you give me everything, everything, everything?", only to wreck you upon the shore in the next, "Because I can't give you anything".

If You Wait is a consistently rewarding and well executed record, that affords London Grammar more space to curate their poignant and spine tingling pop than before. It's an assured collection of 11 songs that capture a mixture of exhilaration and heartbreak that is all their own.